Jun 17, 2019
Will PFAS-Free Become the New Gluten-Free?
By Chris Campbell 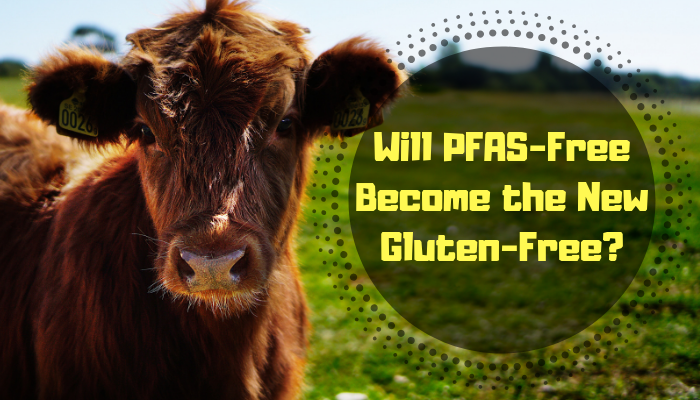 At least one lawyer sees a future where PFAS-free foods are as highly sought after as gluten-free, GMO-free and organic products.

The lawyer was part of a team representing New Mexico-based Day Star Dairy, which filed a lawsuit against 3M and DuPont, alleging PFAS produced by the company contaminated its groundwater supply and tainted its cows' milk. The company reported it already spent more than $200,000 for a PFAS filtration system on impacted water supply wells. Additionally, it argued its tainted product is worth less than traditional counterparts that are free of PFAS, reported Legal Newsline (June 10).

"It shows how pervasive these chemicals are that they're in our food supply and in our milk and nobody's really even looking at that issue until now," Tate Kunkle, an associate with the plaintiffs' attorneys of Napoli Shkolnik, said.

"If the USDA requires people to start testing if you produce a certain amount of gallons on a larger farm they may institute some type of regulation for that," Kunkle said. "I can see that in the future, how you can buy GMO-free corn and milk from cows raised without hormones, soon you're going to be able to buy PFAS-free milk."

While the chemicals can be used for a variety of industrial purposes, when it concerns the food industry, there are a few common uses. CDC's Agency for Toxic Substances and Disease Registry notes "some grease-resistant paper, fast food containers/wrappers, microwave popcorn bags, pizza boxes and candy wrappers" as well as non-stick cookware contain the chemicals. However, contamination of drinking water is another major concern.

Recently, FDA began its first broad testing of food for PFAS and found substantial levels in some grocery store meats and seafood, and in off-the-shelf chocolate cake, according to unreleased findings FDA researchers presented at a scientific conference in Europe, reported The Seattle Times (June 3). The levels in nearly half of the meat and fish tested were double or more the only currently existing federal advisory level for any kind of the compound, while the level in chocolate cake was more than 250 times higher.

However, FDA did not detect PFAS in the vast majority of tested foods, according to data analyzed by the agency in initial testing. Recent limited surveys were conducted on dairy products from certain farms in New Mexico and produce from North Carolina, both of which were from specific areas with known PFAS contamination, and milk from one New Mexico farm was discarded as samples indicated it could pose a potential health concern, according to the agency.

Clearly, the scientific community will need to research PFAS contamination more closely, but there is at least one business writer who agrees PFAS-free products could be the next big thing.