Jun 28, 2017
What's on the Plate for Independence Day?
By Chris Campbell 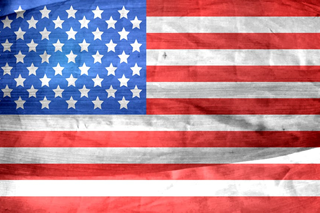 It's almost that time of year: parades will be held, fireworks will be set off and Americans from coast to coast will celebrate their national pride. Independence Day is less than a week away, and alongside these traditions will come plenty of opportunities for people to get together and eat.

For years, the American Farm Bureau Federation has tracked the cost of a 10-person summer cookout. In 2017, the average cost of a summer cookout for 10 people is $55.70. The cost for a cookout is down less than 1% from last year, driven by lower costs of retail meat when compared to 2016. The Federation tracks 14 food items, which can be seen below with a two-year historical reference:

Despite the lower average basket price nationwide, the Florida Retail Federation (FRF) expects spending to jump. It's projections note that Americans will spend more than $7.1 billion on food alone for the holiday. FRF partnered with the National Retail Federation and Propser Insight & Analytics for the survey and found that 219 million Americans plan to celebrate the holiday, representing 88% of those surveyed. Over 160 million noted they plan to take part in a cookout or picnic, spending an average of $73.42 per person, up from the $71.34 encountered in 2016.

Retailers can also leverage non-food spending with seasonal items. Despite the fact that 65% of consumers already own a U.S. flag, 53% own patriotic-themed apparel such as T-shirts, bathing suits or shoes, and 40% own patriotic decorations, 28% of those surveyed noted they would purchase additional patriotic items, reported Florida Trend (June 27).

The ubiquitous avocado will also make an appearance on plates for the holiday. Americans are expected to consume more than 100 million-lbs. of avocados for the Fourth of July holiday, according to the California Avocado Commission. The consumption rate is in line with numbers reported for 2016, reported The Produce News (June 27).

For those looking to eat out for the holiday, Applebee's is offering a promotion where kids eat free on Independence Day. The deal, available at locations in Georgia and Alabama owned by Apple American Group, will provide up to two free kids' meals with each adult entree purchased on the holiday, reported The Telegraph (June 28).

However you decide to celebrate, the staff at the Food Institute wishes you a happy Independence Day in advance. Our offices will be closed on the holiday itself, and our publications will resume Wednesday, July 5.