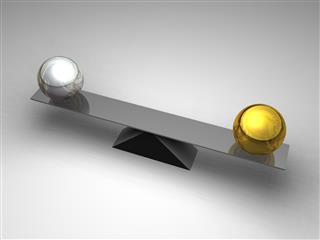 It's hard to believe that the Food Institute Blog is already over a year old. One of the topics we covered heavily in the early days of the blog concerned the West Coast port slowdown. While it obviously affected commerce across the economic spectrum, we covered reports of agricultural losses from California to Washington for various commodities, including tree fruit, nuts and potatoes.

Call it destiny: this morning, I read a report from Yakima Herald-Republic on the costs associated with the port slowdown a year after an agreement was reached between dock workers and port operators. The Washington Council on International Trade reported that the state's business sectors lost some $770 million due the slowdown. In particular, the state's $49 billion food and agricultural industry was particularly harmed. Shipping delays, spoilage, added warehousing and trucking costs and damaged relationships with overseas customers all strained agricultural producers, sometimes forcing them to sell their products to domestic processors at a loss.

The report also notes that the state's tree fruit producers were hit particularly hard. According to the Washington State Tree Fruit Association, somewhere in the range of 200,000 to 300,000 boxes of apples per week were not sold during the slowdown, resulting in a loss of up to $95 million. The Washington State Potato Commission also reported losses of $23.5 million for frozen french fry exports. Additionally, the industry lost $48 million in missed sales opportunities.

About a year ago to the day (a year and a day, to be precise), I penned The Port Dispute Is Over, But the Work Is Just Beginning. In that piece, I wrote:

"The end of this labor dispute is, without question, a boon for the U.S. economy. However, produce importers and exporters will still need to navigate slowed traffic due to the backlog, and many may decide to remain with expanding East Coast and Gulf ports that transferred their goods when the West Coast could not instead of allowing their crops to rot."

The commission noted that port activity normalized in early 2015, but agriculture-related businesses still struggle with the aftermath. Chelan Fresh Marketing, for example, laid off 20% of its workforce and has no plans to rehire in the future. The study focused on the short-term costs associated with the slow down. It noted that long-term damage to client relations could generate a greater impact and higher losses as time goes on.

It appears there is still work to be done.