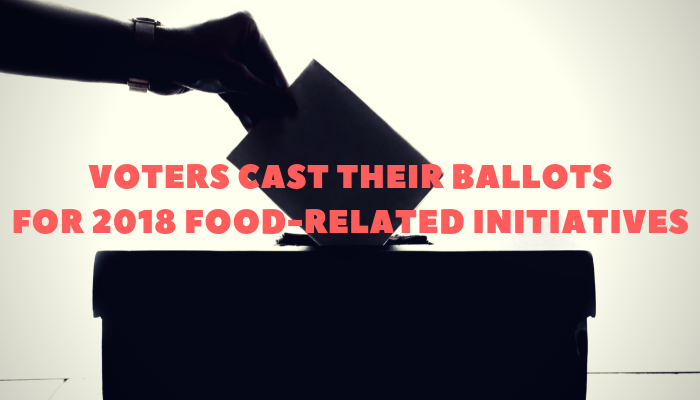 The 2018 election saw decisions on five different ballot initiatives that will affect the food industry.

The most far reaching was in California, where voters approved a state-wide measure requiring that all eggs sold in the state come from cage-free hens by 2022. Additionally, the measure bans the sale of pork and veal from farm animals raised in cages that don't meet new minimum size requirements, reported San Francisco Chronicle (Nov. 7).

California’s neighbors to the north approved initiatives that would block taxes on food and beverages state wide. A ballot initiative was leading by nearly 10 percentage points to block Washington state cities from enacting new food and beverage taxes as first-day returns were counted, reported The Seattle Times (Nov. 7). While the initiative would not reverse Seattle's 1.75-cents-per-oz. sweetened-beverage tax, it would prevent further increases and stop other cities from following suit.

Meanwhile, Oregon's ballot initiative Measure 103 was rejected by state voters, reported The Oregonian (Nov. 7). The initiative, which would prohibit taxes on grocers and banned soda taxes across the state, was losing 43% to 57% with more than 1.7 million votes counted as of Nov. 7.

Wage earners in the Midwest will see a hike in their paychecks in the new year as voters in Arkansas and Missouri approved ballot measures to raise the minimum wage, reported The New York Times (Nov. 7). Missouri’s wage rose to $12 from $7.85, and Arkansas’ increased to $11 an hour from $8.50.