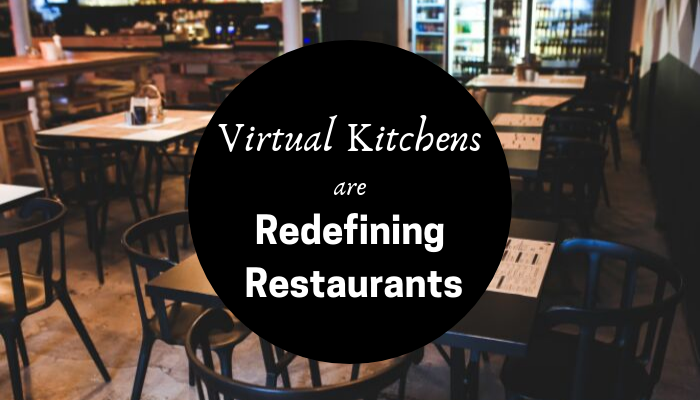 As more people choose to eat at home, food delivery apps are reshaping what it means to operate a restaurant.

Restauranteurs no longer need to rent space for a dining room. All they need is a "virtual kitchen," or a "ghost kitchen," reported The New York Times (Aug. 14).

Virtual kitchens are attached to real-life restaurants, but can make different cuisines specifically for delivery apps. Ghost kitchens have no retail presence and essentially serve as a meal preparation hub for delivery orders.

"Online ordering is not a necessary evil. It's the most exciting opportunity in the restaurant industry today," said Alex Canter, who runs Canter's Deli in Los Angeles and a startup that helps restaurants streamline delivery app orders onto one device. "If you don't use delivery apps, you don't exist."

Driving this new industry is Uber Eats. Since 2017, the company has helped start 4,000 virtual restaurants which are exclusive to its Uber Eats app. The company analyzes neighborhood sales data to identify unmet demand for particular cuisines. It then approaches restaurants using the app and encourages them to create a virtual restaurant to meet that demand, according to Janelle Sallenave who leads Uber Eats in North America.

The company leased kitchen space to several established restaurants in Los Angeles to try the delivery-only model., such as Sweetgreen which uses several ghost kitchen facilities.

One deliver-only and carry-out restaurant, Tso Chinese Delivery, has already been operating in Austin since 2017. Its owner, Min Choe, says there are some up-sides to a concept like CloudKitchens such as saving money.

"Rent, especially restaurant rental space, is so expensive and it becomes a blocker for many passionate people that want to start their own restaurant," said Choe, "We also don't have to occupy a large footprint so our rents are pretty low."

According to Morningstar, virtual or ghost restaurants utilize between 10%-50% the square footage, require 15%-50% of the labor and generate 75%-100% of the transactions of a traditional restaurant in the same category.

Meanwhile, as delivery apps create new kinds of restaurants, they are hurting some traditional establishments. Restaurants that use services such as Uber Eats and Grubhub pay commissions of 15% to as much as 30% on every order.

"There's a concern that it could be a system where restaurant owners are trapped in an unstable, unsuitable business model," said Mark Gjonaj, the chairman of the New York City Council's small-business committee.

Additionally, delivery apps could be undermining the connection between diner and chef. "A chef can occasionally walk out of the dining room and observe a diner enjoying his or her food," said Shawn Quaid, a chef who oversaw a ghost kitchen in Chicago. Delivery-only facilities "take away the emotional connection and the creative redemption," he said.

However, Uber and other delivery apps still say they are helping restaurants, not hurting them. "We exist for the demand generation," said Sallenave. "Why would a restaurant be working with us if we weren't helping them increase their orders?"

Tyson Foods is seeking to form the Coalition for Global Protein, a multi-stakeholder...