May 15, 2015
Using Twitter and Technology to Attract Consumers
By Jennette Zitelli 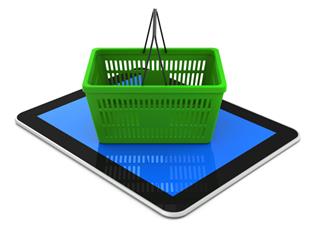 Food ordering has gotten increasingly simple over the past few years, as many companies specialize in apps and websites that let users order and get food delivered in just a few taps of their smartphone. Domino's is obviously aware of that trend, and has launched an even easier service. Domino's unveiled a "tweet-to-order" system that allows twitter users to order a pizza by tweeting @Dominos with a pizza emoji (a small symbol embedded in most smartphone keyboard sets) or with the hashtag #EasyOrder, reported NY Daily News. Customers must first register their Twitter handle with Domino's, so they can specify which type of pizza they prefer and give their address, and after they send the tweet, they will receive a direct message confirmation of their order. It's as simple as that.

Incorporating Twitter into the ordering process may soon become a common occurrence. Amazon also released a service in 2014, called #AmazonCart, which lets users add products to their Amazon shopping cart, or even their wishlist, directly from Twitter. Amazon isn't new to the simple ordering trend either. It has released many services that incorporate ordering food and household products into consumers' daily routine. Its Amazon Dash service gives users a wand to keep in their home which can scan items that they would like to restock and add them to their AmazonFresh shopping list. The company also recently began testing the Dash Button (believed by many to be an April Fool's prank when it was first released), which is a branded button for user's homes in which they can quickly order products with the press of one button.

Successfully running a corporate Twitter account may not be as easy as it sounds, though. It can be a useful marketing and customer service tool, but only if used correctly. Otherwise, it could cause a negative impression of your company. Harvard Business Review created a ranking of businesses based on their customer empathy on Twitter. Basically, it ranked which companies make customers feel valued and heard, and which ones miss the mark. Many food companies and retailers made the top of the list, such as Sainsbury's, Tesco and Morrison's Supermarket which are all in the top 10. Also featured in the top 50 are Kraft, Walmart, Mondelez, Whole Foods Market, McDonald's and Amazon. One positive example HBR gives is from Walmart, which it says "employs an empathic female tone, using evocative language and emotional ways of responding using emoticons." It lists Starbucks at the bottom of the ranking saying it "simply redirects queries to an email address." HBR also notes that 70% of companies just simply ignore complaints on Twitter.

What do you think makes a company successful on social media? How does your organization use social media to improve business?