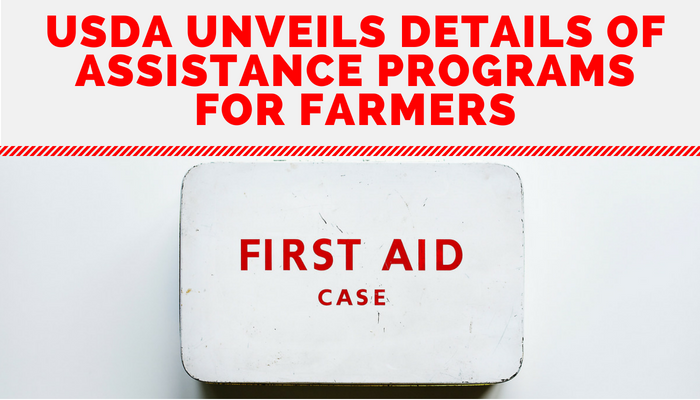 U.S farmers received some good news as aid started flowing from the government and a new trade deal was agreed to with our southern neighbor.

U.S. farmers now know how $4.7 billion of the $12 billion share of programs to help the U.S. agricultural sector will be utilized. The direct government aid will compensate for market losses caused by Chinese tariffs. Growers of soybeans will get $3.6 billion, with pork producers receiving the second highest payment of $290 million, reported St. Louis Post-Dispatch (Aug. 27).

Although a welcome benefit for farmers, most argued that trade is what is most needed for the U.S. agricultural sector. "This trade assistance is welcome news for the soybean farmers who have suffered from trade retaliation and have a crop to sell this year," Missouri Farm Bureau President Blake Hurst said.

USDA noted it will issue further payment in the future, if necessary.

The news follows recent developments regarding NAFTA. The U.S. and Mexico reached a deal to update their trade agreements, which will be called The United States-Mexico Trade agreement, according to President Trump. Trump added that the deal will be beneficial for farmers and manufacturers. A Mexican official stated Canada will now "re-engage" in the negotiations, reported CNBC (Aug. 27).

We covered the initial announcement of the programs in a July 23 article in The Food Institute Blog entitled "Cavalry en Route for U.S. Agricultural Producers" that first outlined the programs. The three major components of the initial announcement via three special filings placed for public inspection in the Federal Register by USDA's Commodity Credit Corporation (CCC) Aug. 27, including two rules (Agricultural Trade Promotion Program and Market Facilitation Program) and a notice of available funds for the Market Facilitation Program. More information regarding each program can be found below.

The Market Facilitation Program (MFP) was established under the statutory authority of the CCC and will be administered by FSA. For each commodity covered, the payment rate will be dependent upon the severity of the trade disruption and the period of adjustment to new trade patterns, based on each producer's actual production.

The amounts of commodities to be purchased are based on an economic analysis of the damage caused by tariffs imposed on the crops listed below. Their damages will be adjusted based on several factors and spread over several months in response to orders placed by states participating in the FNS nutrition assistance programs. USDA noted program details for almonds and sweet cherries are yet to be determined, but expected to purchase $63.3 million and $11.5 million of the products, respectively.

The FAS will administer the ATP under authorities of the CCC. The ATP will provide cost-share assistance to eligible U.S. organizations for activities such as consumer advertising, public relations, point-of-sale demonstrations, participation in trade fairs and exhibits, market research, and technical assistance. Applications for the ATP will be accepted until Nov. 2, 2018 or until funding is exhausted. Funding should be allocated to eligible participants in early 2019. The ATP is meant to help all sectors of U.S. agriculture, including fish and forest product producers, mainly through partnerships with non-profit national and regional organizations. Some $200 million will be available under the program.