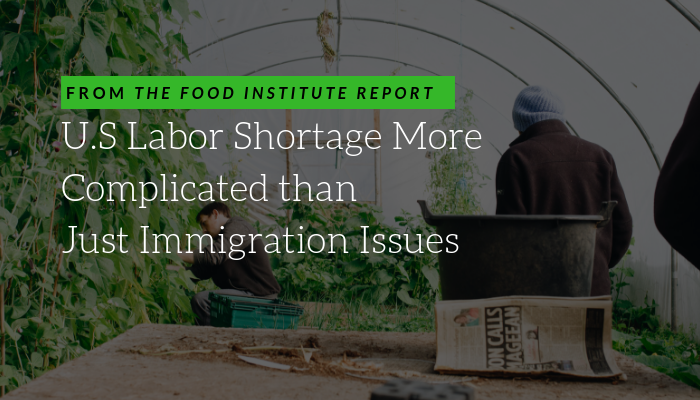 We come from the land of the ice and snow/from the midnight sun, where the hot springs flow/The hammer of the gods/w’ell drive our ships to new lands/To fight the horde, and sing and cry Valhalla/I am coming!

Thus begins the Led Zeppelin classic "Immigrant Song." Written by Jimmy Page and Robert Plant, the 1970 hit was written during the band’s tour of Iceland, which inspired Plant to write the lyrics.

Interestingly, neither argument is true. First, lets look at the numbers – or at least the numbers that the Federal government puts out.

Starting with the basics, except for a period between 1931 and the end of the Second World War, the U.S. has been quite welcoming of immigrants. Starting in 1960, legal immigration into the U.S. has grown at a fairly consistent rate. Over the entire period, immigration per capita has grown at 1.6% per year. It rose particularly quickly during the George W. Bush Administration (2.25% CAGR) but went flat during the Obama Administration (0.07%). This likely reflects the slow economic growth during the Obama years, which at under 1% CAGR was only half that of the entire period examined.

So from a legal immigration perspective, people entering the country (as a percent of the overall population) grew fairly steadily between 1960 and 2008, then went flat for the next eight years. Data on 2017 and 2018 are not yet available, but with no changes in overall immigration policy, it is likely to have at least kept consistent.

Much of the news, however, has been about illegal immigration. There are no government data on the number of illegal aliens living in the U.S. The Pew Research Center does calculate some limited statistics. Based on those (and using a linear trend to replace missing data), the number of illegal alien residents in the U.S. has been growing by 4.6% annually (CAGR) since 1990, much faster than either the population or legal immigration. Illegal immigration also appears to have dropped off during the Obama years, remaining virtually flat during his entire eight-year term in office.

Government data seem to confirm the Pew estimates. Both deportations and apprehensions between 1960 and 2016 grew at a rate of over 3% per year (CAGR). However, comparing these data to the period where Pew estimates are available (1990 through 2014), apprehensions and deportations fell each year, and by large percentages. Overall between 1990 and 2016, apprehensions were down by 2.9% annually, and deportations down by 4%. Taken together, all of these statistics suggest illegal immigration into the U.S. stabilized over the past 25 years, in spite of all of the press coverage.

So the bottom line on immigration is that the U.S. has had a very stable increase in the number of legal immigrants entering the country since at least 1960, with a huge peak in 1990 following the last major immigration bill. The growth in legal immigration stopped during the Obama presidency, reflecting slow economic growth and the lack of employment opportunities. The same is true of illegal immigrants, with sizable growth occurring in the 1990s, then trailing off following the recession.

With both the economy and employment growing rapidly, many suggested the lack of immigrants is leading to labor shortages both in agriculture and in manufacturing.  The numbers say otherwise. Remember, legal immigration has slowed but has not stopped. About 1.2 million people immigrate legally to America each year. The number of illegal aliens in the country has stabilized, but these people are not technically eligible to work on American farms or factories.

The bottom line is that it is unlikely that changes in the number of immigrants available to work has led to labor shortages. Rather, it appears as if the propensity of native-born Americans to work has been the culprit. Much has been said about the decline in the labor force participation rate. This ratio declined fairly steadily from the turn of the century until the end of 2016, falling to just under 63% today from a high of about 67% of the population. This equates to roughly 6.4% of the labor force, or 10.3 million fewer people working.

The bulk of the lost workers have been young people. The participation rate for younger people has plummeted to only 55.2% now, down from 65.5% in 1996. Simply put, the Millennials (people roughly between 25 and 34) and post-Millennials (those between about 16 and 24) are not seeking employment.

The loss in young workers matters most. These young people have simply disappeared from the labor force. In 1996 over half, 52.3% of people between the ages of 16 and 19, were in the labor force. This has fallen to just 35.2% today, representing

3.5 million potential workers. These are the people who used to work in summer jobs on ranches, on fishing trawlers, in canneries in Alaska, and, in my youth, picking cherries in Colorado. They are the people who used to hold many after school jobs in restaurants, grocery stores and warehouses across the country. Rather than going to work, many more Millennial and post-Millennial kids continue their education, and part of this includes summer school rather than summer jobs.

Additionally, state labor policies have made it much more difficult to hire people with little experience. Today 30 states have minimum wage floors that are higher than the Federal standard, and some of these are very high. Consider that at a $15 minimum wage, a teenage worker at a fast-food restaurant would have to generate over $45 per hour in sales just for the establishment to break even. So many businesses that would have hired young people simply don’t find it worth doing so.

This group alone represents about three times more people than the number of immigrants entering the country legally each year.

With less opportunities to get experience when they are young, the Millennial generation is entering the workforce with a handicap. This is a huge generation, about 79.4 million people,  the oldest of whom are about 35-37 today. Fewer people in these age cohorts are in the labor force than were 10 years ago, but nowhere near as large of a drop-off as the younger people. The labor force participation rate for those between the ages of 20 and 24 dropped to just 70.5% today from 76% in 1996. For older Millennials, ages 25 to 34, the decline was smaller (84.1% to 81.6%).

The same reasons why the post-Millennials are not getting jobs applies to the 20-24 age cohort. The labor force participation rate for folks in this age cohort that are not in school is a healthy 83.5%, so delaying work for school or internships is likely the reason behind this decline in the number of workers.

The more concerning thing, is the drop in participation for older Millennials. While this is just a 2.5% drop, that is 2.5% of 44.4 million people, or over 1.1 million individuals, representing 10.8% of the lost workers.

The bottom line is that the economy needs to find a better way to get young people into the workforce if there is any way to sustain economic growth. This is a challenge for governments that need to make labor laws flexible enough to allow young people to work; for colleges that can’t burden students with unpayable debt; for employers that need to make workplaces more friendly for younger workers; for parents who have to get tough and get their kid off the couch; and finally for young people themselves who need to understand that life does not offer participation trophies and that work is not always fun.

More legal immigration will help, but the numbers would need to double in order to make up for the number of citizens and legal residents abstaining from work.

John is the President of John Dunham & Associates. John specializes in the economics of how public policy issues affect products and services. He has conducted hundreds of studies on taxes and regulation. He is a regular commentator on U.S. economic conditions. His research has been published in a number of refereed journals including Economic Inquiry.

Prior to starting his own firm, John was the senior U.S. economist with Philip Morris, producing research and information on key issues facing all of the company’s divisions. Before this, John was a senior economist for the New York City Mayor’s Office, the New York City Comptroller’s Office, and the Port Authority of New York and New Jersey where he conducted the economic impact analysis of the World Trade Center.

John received his M.A. in economics from the New School for Social Research and his MBA from Columbia University. He is a member of the American Economics Association and the National Association of Business Economists.