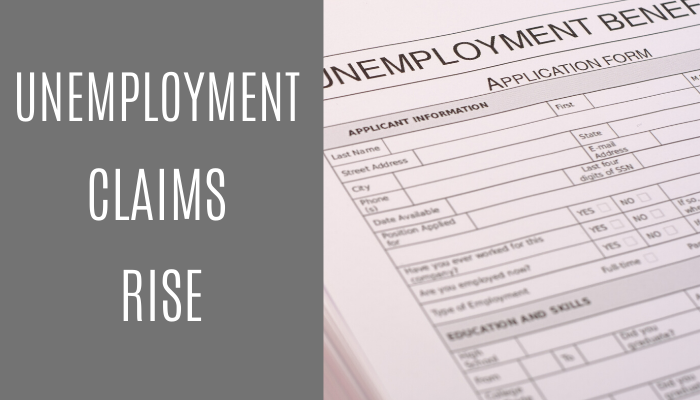 The number of Americans applying for first-time unemployment benefits increased sharply due to the coronavirus pandemic, reported The Wall Street Journal (March 19).

Initial jobless claims increased by 70,000 in the week ended March 14 to a seasonally adjusted 281,000. This is the highest level for the jobless claims since Sept. 2017. The survey period was before many states started reporting higher numbers of jobless claims this week related to business closures, although a number of states still specifically cited coronavirus-related layoffs last week.

Ohio’s three-day total for jobless claims through March 17 was 78,000, compared with about 3,000 for the same period last week. Connecticut filers submitted more than 30,000 new claims since March 16, compared with just 2,500 all last week. Michigan received about 5,400 initial claims the 16th, compared with typical filings of between 1,300 and 1,600, and Kentucky processed more than 9,000 claims on the 17th alone.

President Trump signed a sweeping multibillion-dollar emergency aid package Wednesday night that will provide paid sick leave for Americans who are in quarantine, helping a family member who is infected with COVID-19, or have children whose schools closed as a result of the coronavirus outbreak, reported AZCentral.com (March 18). The bill also offers free testing for coronavirus and boosts unemployment insurance, food assistance, and federal funding for Medicaid.

Danny Meyer's Union Square Hospitality Group (USHG) laid off 2,000 employees "due to a near-complete elimination of revenue," according to a company statement, reported Business Insider (March 18). The mass layoff represents 80% of the famed restaurant group's workforce.

The news follows the company keeping all employees on payroll for several days, even with restaurants in the city shut down except for takeout service. USHG operates 18 restaurants in New York City, including Gramercy Tavern, Cafes at Moma, and Daily Provisions.

"In the absence of income, restaurants simply cannot pay our non-working team members for more than a short period of time without becoming insolvent. In that scenario, no one wins," Meyer wrote.

According to Patch.com, lost wages in New York City's restaurant industry could number between $300 million to $400 million in just one month.

On March 18, the National Restaurant Association (NRA) sent a proposal to the Trump administration and congressional leaders to help contend with the economic impact the coronavirus will have on the restaurant industry. NRA proposed three separate categories of protection, which includes directed/targeted financial relief, loans/insurance options for impacted small businesses, and tax measures.

Although the pandemic will devastate the U.S. restaurant sector, financially stronger companies should expect a return to growth in a less-saturated market, reported The Wall Street Journal (March 18).

The financial strains of the pandemic will reduce intensity of competition and lead to higher growth rates. Private-equity firms, which have invested heavily in restaurants in recent years, retain plenty of cash to capitalize on attractive opportunities.

Additionally, once this is over, a trip to local restaurants will seem very attractive to Americans after remaining indoors for an extended period of time.