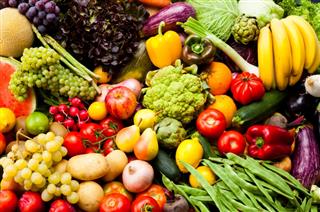 American consumers have always demanded perfection. We want the best product available for the lowest possible price. Our entire economic system is fashioned so that we reward products with beautiful form and efficient function by buying them, allowing the rest to metaphorically rot. This could not be more true (or literal, for that matter) in the produce industry, which reportedly culls as much as 30% of fresh produce that does not fit the shapes we've come to expect for our potatoes, apples and carrots.

That preference is changing, however, with the "ugly fruit" movement. Much like the organic and sustainable movements before it, consumers are moving to eat so-called ugly fruits and vegetables for a social reason: global food waste, which can total into the billions of dollars every year. Most ugly produce is also perfectly fine to eat. We discard it in favor of those perfectly formed berries or completely proportional tomatoes, a move that is both wasteful and, in many ways, arrogant, when you consider how many in the world would benefit from such "waste."

Bon Appetit Management Co. launched the Imperfectly Delicious Produce program in May 2014 to commericalize the movement, and Canadian grocer Loblaw launched "Naturally Imperfect" produce this month to also capitalize on the new trend. Smaller organizations have also found ways to sell such products at farmers' markets, including Hungry Harvest, a D.C. organization that also donates a case of fresh produce for every box purchased. You may notice that "ugly" does not appear anywhere in the promotions, and this is probably a smart move. "Imperfect" sounds a lot more palatable than "ugly."

I understand the desire for an apple with perfect form if you are going to eat it, but do you need the same apple for a pie? Could these misshapen products have been used commercially for juice products? I'm not sure an ugly tomato will influence my thoughts on the sauce it is used to create. It would seem that these common-sense applications can further expand the ugly fruit movement from an underground sensation to a world-wide campaign to end hunger. And that is a perfectly fine motivator, I am sure we can all agree.