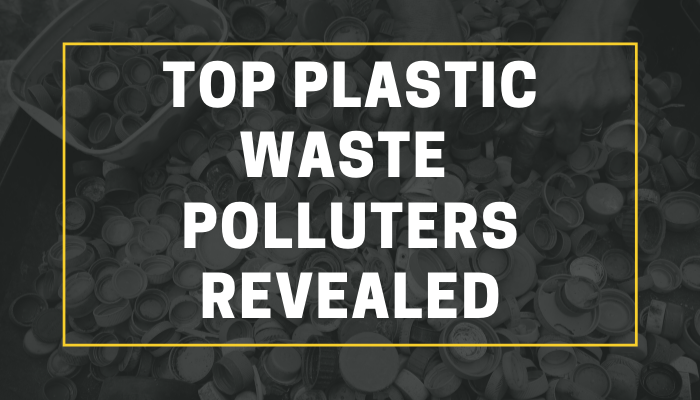 Coca-Cola was found to be the top polluter for the second year in a row, according to a report from Break Free From Plastic (BFFP).

Volunteers in 51 countries worked to complete brand audits by analyzing more than 476,423 pieces of plastic waste. Nearly 8,000 individual brands were cataloged during audits.

The report found Coca-Cola to have a total of 11,732 plastics recorded in 37 countries, accounting for approximately 2.5% of the total plastic waste analyzed. Nestle and PepsiCo rounded out the top three with 4,846 and 3,362 pieces of plastic respectively.

In an email statement to the Daily News, the Coca-Cola Co. said it is making global efforts to reduce and clean up plastic pollution, including being a part of the G7 Ocean Plastics Charter in response to the report.

A spokesperson from Nestle said in an email to The News the report "highlights the continued challenges we face as a society, in tackling the issue of packaging and plastic waste," adding that the company is "aware of the scale of the problem."

"Changes will take time but we are working with our suppliers, with NGOs and with governments around the world to find the solutions that are needed to make reports like this a thing of the past," the spokesperson continued.

Several cities around the U.S. are working on limiting or removing plastic bags entirely from stores. Recently, the Philadelphia City Council took a step in banning single-use plastic bags by voting in favor of a bill that would prohibit retailers from providing them to customers, reported The Philadelphia Inquirer (Oct. 22).

However, according to the BFFP report, switching to paper for items such as bags, and even straws, is one of the "most common false solutions, as the consequences can lead to increased deforestation."

"This report provides more evidence that corporations urgently need to do more to address the plastic pollution crisis they've created," said BFFP global coordinator. "Their continued reliance on single-use plastic packaging translates to pumping more throwaway plastic into the environment. Recycling is not going to solve this problem."

Tyson Foods Inc. is replacing its CEO as the pandemic boosted costs and clouded its outlook, reported read more