Jan 20, 2016
The Perennial Brings 'Sustainable' to the Next Level
By Chris Campbell 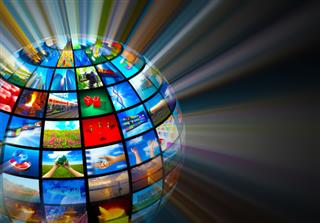 As consumers change, so do companies. Staying relevant and in-touch with consumers is imperative for any brand, and recently, consumers have started to showcase a desire for dealing with companies that are environmentally and socially responsible. Those terms are fairly wide and include a variety of issues, ranging from GMO-free products to reduced carbon dioxide emissions to humanely-raised livestock to sustainable practices.

Food waste was also a fairly large topic of conversation in 2015. From the French government to major corporations to mom-and-pop stores around the corner, people wanted to know why we were throwing out ugly produce and other food products at such alarming rates.

According to Fast Company, a new restaurant in San Francisco is set to take all of these principles and package them into one functioning restaurant. Introducing The Perennial, which claims to be the "most environmental restaurant in the world" which opened today, Jan. 20.

The restaurant seemingly incorporates every possible green feature. Restaurateurs Anthony Myint and Karen Leibowitz devised a system where kitchen scraps are sent to an aquaponic greenhouse in Oakland where worms compost the food waste. The worms are then turned into fish food and are fed to fish that help fertilize a crop of greens that are in turn sent back to the restaurant.

I'll give you a second to process that whirlwind of green, sustainable supply-chain sourcing.

"I think the biggest thing that we want to share is our relationship to food waste," said Leibowitz. "We're trying to address it in a commercial context, where a fine dining restaurant is so wasteful…portions can be so wasteful. That's one of the things we're innovating on and want to share with others."

The sourcing isn't the only thing that's green at The Perrennial, as extra-efficient appliances, pre-mixed cocktails and reclaimed construction materials feature prominently in the design and operation of the restaurant. According to the Fast Company article, diners there don't need to worry about being preached to: the building itself may be sustainable, but the focus remains on the food.

This concept seems perfect for San Francisco, and would probably do well if exported to other cities in the country. Is the vast majority of the U.S. ready to adopt such a green restaurant experience? Maybe not, but The Perrennial shows that the idea is indeed feasible.