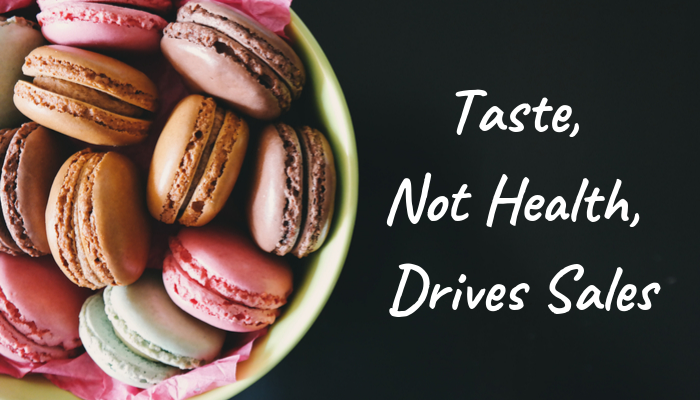 Even as the snack company cuts sugar in some of its products and adds probiotics to others, indulgences still continue to drive sales, according to Mondelez CEO Dirk Van de Put. "There's a difference between what people say and what they do," he said at The Wall Street Journal Global Food Forum. "The facts of what people really buy are very different."

Van de Put noted that healthier snacks make up about 20% of the global snack market and those sales are growing faster than those of indulgent snacks. However, they won't ever reach 80% of sales.

McDonald's USA President Chris Kempczinkski said most of the company's customers order based on taste, not nutritional value. "Other considerations become tie breakers," he noted.

McDonald's and Mondelez are among companies focusing on improving and marketing their core products. Such food companies are still investing in healthier products, but they don't always go over well with consumers.

In recent years, McDonald's replaced french fries with apples in kids' meals, yet discontinued some of its salads like the McSalad Shakers due to poor sales. Meanwhile, Mondelez introduced a health-oriented cracker it called Vea, but it ultimately failed and was discontinued by the company after spending three years developing the product. "It is difficult to predict what will be big," Van de Put said.

Similarly, Campbell Soup Co. is now trying to revive soup sales after abandoning its attempt at selling fresh foods. Executives had added new soup brands designed to align with fresh and wellness trends, however none gained enough traction to offset falling sales for the core condensed soups since 2010.

Food makers have to distinguish between trends and behavior, said Van de Put. Consumers claim they want healthier products, but they are still buying indulgent items—such as Mondelez's Cadburry and Chips Ahoy brands.

While sales for more healthy and natural products have surged, food companies are struggling to figure out how to keep up with new brands and chains. Younger consumers in particular are responding to claims of healthfulness, according to some of the newer companies. "There is a very, very small group of consumers out there who will buy something that doesn't taste great because it conforms to their particular values," Kempczinski said.

"Consumers want something else from food," said Jonathan Neman, CEO of Sweetgreen. "They want food they can trust." He noted that these kinds of products still have to taste good as people won't just eat something because its healthy.