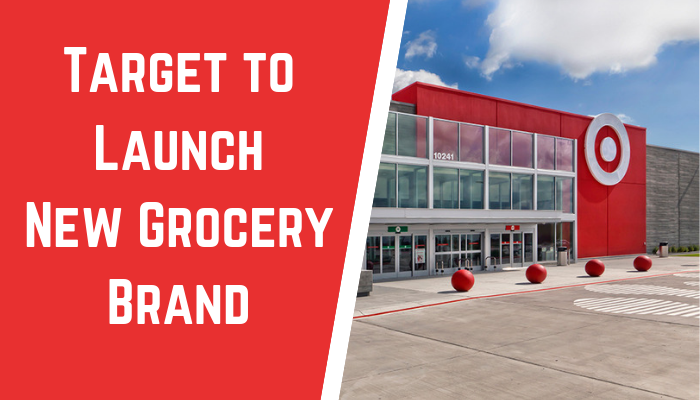 Target is phasing out its existing private label brands for a new food and beverage brand called Good & Gather.

The new line will completely replace Target's Archer Farms and Simply Balanced lines and some of the products under its Market Pantry brand. Starting Sept. 15, 650 products will start to appear on shelves and online, with all 2,000-plus items available by late 2020.

The idea behind Good & Gather is "great food made for real life," according to a press release. It will have everything from dairy to ready-made pastas and meats, minus artificial flavors, synthetic colors, artificial sweeteners and high fructose corn syrup. The company will bring in most of the favorites from its Market Pantry line to Good & Gather, reformulating them with better ingredients and taste.

Over the last several years, Target has been building on momentum in its food and beverage business by hiring and training experts who know the food industry, strengthening its supply chain, revamping in-store displays and adding new fulfillment options.

Target has posted seven straight quarters of sales growth in food and beverage and has been gaining marketshare in the category, reported Minneapolis Star Tribune (Aug. 19). It's one of the top 10 grocers in the U.S. with grocery accounting for about 20% of its $75 billion in annual sales.

The hope with Good & Gather is that it will not only drive more trips to Target, but more loyalty and inspiration, according to Lundquist.

The attention to groceries is part of CEO Brian Cornell's plan to turn around the company. In the five years since taking the position, his measured approach has helped a resurgence for the retailer, reported Minneapolis Star Tribune (Aug. 17).

When he was hired in August 2014 as Target's first outside CEO, the company was still recovering from a massive data breach the year prior and sales were flat or negative. The company was losing hundreds of millions of dollars in an expansion into Canada and people were coming into stores less and less.

In the past two years, Target has posted consecutive years of sales growth, including a 5% jump in comparable sales in 2018, its biggest gain since 2005. Traffic to its stores is rising, which is particularly notable as people are moving more into shopping online.

Additionally, the company remodeled 500 stores and will do hundreds more. It opened 100 small format stores and added new services such as curbside pickup and same-day delivery while upgrading its mobile app and website.

Cornell has pushed Target to move faster in the testing phase, whereas in the past it was slow to innovate. Before, other concerns such as efficiency or cost sometimes came first.

"Each and every quarter, we want to put more proof points down for our investors, build more market share, and build momentum," said Cornell.