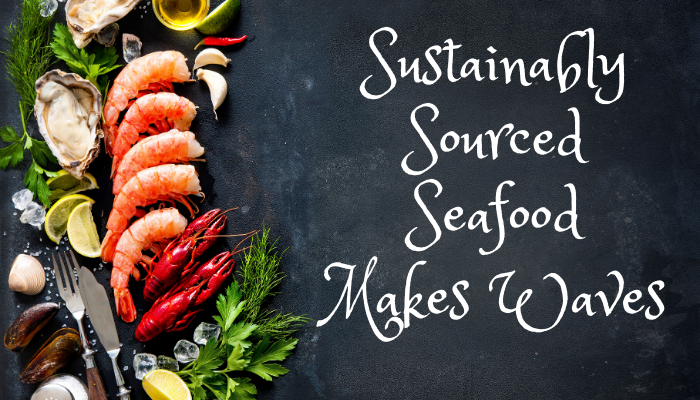 As the food industry looks to become more sustainable, seafood has been in the spotlight.

BlueNalu attracted $20 million in Series A funding. The company is focused on producing seafood from fish cells and will use the proceeds to launch a good manufacturing practices pilot production facility in San Diego. It will also expand its team, implement strategic alliances for global operations and distributions, and prepare for its market launch.

"We have designed and executed a platform technology in which we will ultimately offer a broad array of sustainable cell-based seafood products to consumers, and our team has been extremely focused on implementing systems and processes that will be needed for cost-effective, large-scale production," said Lou Cooperhouse, president and CEO of BlueNalu.

For those still wanting to eat sustainably sourced seafood while waiting for cell-based products to come to market, Food Lion joined the Ocean Disclosure Project (ODP), a platform allowing retailers to share insight into their seafood sourcing methods.

All seafood products sold in Food Lion stores are fully traceable to the wild fishery or farm, and come from sustainable sources. Its ODP public profile outlines the origin of wild-caught species offered for sale at Food Lion's more than 1,000 stores.

The ODP was created by Sustainable Fisheries Partnership, a non-profit organization that works directly with the seafood industry to improve sustainability. Food Lion also works closely with a nonprofit science partner, the Gulf of Maine Research Institute (GMRI), to vet all seafood that enters stores against the specific criteria in Food Lion's sustainable seafood policy.

"Being able to trace seafood back to its source has always been an important part of Food Lion's seafood policy, and joining the ODP adds a new level of transparency that is exciting and important for driving change on global seafood sustainability issues," said Kyle Foley, senior program manager at GMRI.

Retailers in Europe may want to look into similar measures as the majority of consumers in Italy and Spain would be willing to pay more and shop at places that support a greener food system, according to a survey from IBM.

More than half said they would spend at least 5% more than average for groceries from a sustainable source and would shop at supermarkets that are working to cut food waste, reported Reuters (Feb. 26). British consumers expressed similar sentiments but in fewer numbers, with just over half saying high prices stopped them eating more responsibly sourced food.

Meanwhile, China has taken numerous actions to begin implementing its agriculture-related commitments under the landmark U.S.-China Phase One Economic and Trade Agreement on schedule. This includes updating an approved list of U.S. seafood species that can be exported to China.

China is making U.S. lobster eligible for a tariff reduction, which is good news for lobster fishermen who lost a key export market during trade hostilities, reported CBS News (Feb. 25). The one-year exemption process may exclude $300 million worth of U.S. seafood from punitive tariffs imposed during a trade war with the U.S.

Grocery shopping has evolved from a Main Street event (where we go to our local market frequently to purchase food and goods) to an order most anything, from anywhere, at any time online. Online shopping, which started off slowly, was initially an underwhelming choice for consumers. As the internet...