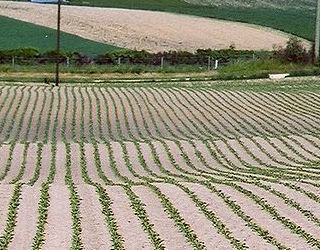 The sugar beet harvest in the U.S. is currently underway, and reports from across the country seem to indicate this year's crop will be sweeter than usual. USDA estimates that beet sugar production will account for 41,000 short tons, raw value in 2015-16, according to the October Sugar and Sweeteners Outlook report.

Growers in northeast Montana are reporting a record sugar crop this year, according to the Billings Gazette. Sidney Sugars is said to be close to finishing its harvest, with beet piles nearing 1 million tons at its factory. Farmers along the Montana-North Dakota border are uprooting more than 32 tons an acre, 2 tons more than estimates released in September.

Meanwhile, Minnesota sugar beet growers are also harvesting one of the best crops the region has ever seen, according to the Minneapolis Star-Tribune. Nearly 635,000 acres are devoted to sugar beet production in Minnesota and nearby eastern North Dakota. Estimates note that the state's sugar beet harvest is about 52% complete, one week ahead of the average. The crop's condition was also set at 85%.

Wyoming is a week behind scheduled due to unusually warm temperatures in growing areas. Beets coming into processing centers in Torrington have an average sugar content of 16.6%, a little bit above the average, according to the Torrington Telegram.