Dec 6, 2017
Starbucks Has to Keep 77 Teavana Stores Open, For Now
By Chris Campbell 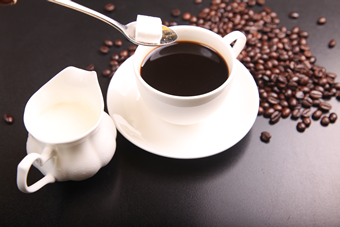 What do you do when you announce you are about to close nearly 400 stores, but then find out through the legal system you are obligated to keep more than 75 of them open? Starbucks Corp. is developing the answer to this question in real-time in regards to its Teavana concept.

But first, some background:

Back in July, Starbucks first noted it would close all 379 of its Teavana stores, claiming the chain's "underperformance was likely to continue." It cited declining foot traffic at malls as a main reason for its exit. Starbucks will continue to sell Teavana tea at its namesake stores.

Starbucks originally acquired the Teavana brand in 2012 in the hopes of having the same success with tea as it had with coffee. Tea has been a main focus in its expansion into China. However, CFO Scott Maw noted, "The combination of trends in the quarter and ongoing macro pressures impacting the retail and restaurant sectors has us a bit more cautious." Globally, same-store sales rose 4 percent in its most recent quarter, and in Asia, they rose 1 percent, reported Fortune (July 27).

A month later, Simon Property Group Inc. sued Starbucks over its plan to close 78 Teavana stores in its malls. The lawsuit claimed that Starbucks was breaching its leases by closing the Teavana stores and "shirking its contractual obligations at the expense of Simon's shopping centers."

Simon sought temporary and permanent injunctions preventing Starbucks from closing the stores. Simon claims it has had retailers break leases before in an effort to avoid bankruptcy, but Starbucks is a "thriving company" and closing the stores is "simply an effort to further increase its economic gains at the expense of others." The suit argues mass store closings mid-lease disrupt its orderly process of finding replacement tenants, hurting the malls themselves and other retail tenants, reported Indianapolis Business Journal (Aug. 28).

Which brings us to the present moment. Starbucks must keep 77 Teavana locations open in Simon Property Group malls across the U.S., according to a judge's ruling. The judge found Starbucks could handle the cost of keeping the stores open better than Simon could weather the closings. Due to the verdict, other mall operators may challenge Starbucks' plans to close Teavana stores in their facilities, according to people familiar with the matter, reported New York Post (Dec. 1).

“We are disappointed in the judge’s ruling and will continue to focus on finding a resolution,” Starbucks, which has a market cap of $81 billion, said in a statement, noting that it is not clear whether it will appeal — or even if it is permitted to do so.

Many were surprised by the ruling. “I’m somewhat shocked by the ruling,” said real estate lawyer Joshua Stein. Judge Heather Welch “catalogues every possible detriment to Simon as a result of having vacant space,” Stein said, adding, “That’s part of a job description of owning real estate. You deal with it and don’t get injunctions to have your tenant continuing to operate.”

It's interesting to note that these types of actions are rarely taken by a judge, and that Starbucks' financials may have played a role in the decision. However, with other mall operators circling the wagons, could copycat cases be on the way? We'll keep you apprised in the Food Institute Blog regarding new developments.