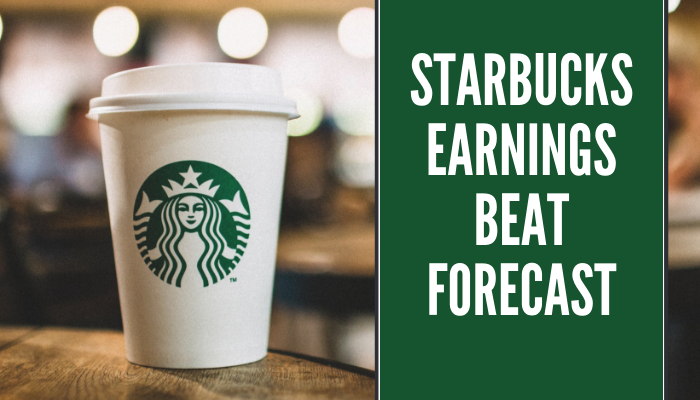 Customers spent more at cafes in the U.S. and sales in China were stronger than expected leading to a quarterly profit of $663.2 million on revenues of $6.3 billion, reported CNBC (April 25).

"We are especially pleased with our comparable store sales growth in our two lead markets, the U.S. and China, where we are also continuing to drive strong new store development with industry-leading returns," said CEO Kevin Johnson.

The company reported same-store sales growth of 3%, beating Wall Street's estimates of 2.9%, which it attributes to a 3% increase in average ticket.

"While much of the beverage comp sales growth was driven by ticket, close to half of the ticket growth was from beverage mix and match, demonstrating that our higher margin premium offerings resonated with customers and customers bought more beverages per transaction," CFO Pat Grismer told analysts on a conference call.

Starbucks' wider drink innovation strategy is to focus more on cold drinks and less on limited-time offerings and Frappucinos in order to keep customers coming back regularly. One beverage that is part of this strategy is the Cloud Macchiato which was released in March, rolled out via a social media campaign involving posts from singer Ariana Grande. Johnson called the drink's launch "the second most viral Starbucks campaign ever."

Popular cold drinks and improved in-store experience led to the chain's best afternoon performance in three years. In the U.S., sales at stores open at least a year grew by 4%.

Additionally, changes to Starbucks' loyalty program led to an increase of 13% from a year earlier, totaling 16.8 million active members in the U.S. The company recently revamped the program, offering a wider range of redemption options for members.

Growth wasn't exclusive to the U.S., as the company added 319 stores worldwide during the second quarter, for a total of 30,184 locations in 78 markets, reported The Seattle Times (April 25). Almost 95% of new stores were outside of America.

In China alone, the company added nearly 600 stores in the last 12 months. Sales grew 3%, despite increased competition from Luckin Coffee, as well as a slowing economy. Store openings won't slow down in the second half of 2019 as the company plans to add 2,100 net new stores globally.

"This performance is especially noteworthy when you consider the intensity of competition from discounting in China, as well as our aggressive pace of new store development," Johnson said.

Starbucks added delivery to 2,100 of its stores in China through its partnership with Alibaba. It is planning to launch mobile order and pay in the country by the end of fiscal 2019. Starbucks Rewards reached 8.3 million active Chinese members, representing over 50% of its transactions in the country.