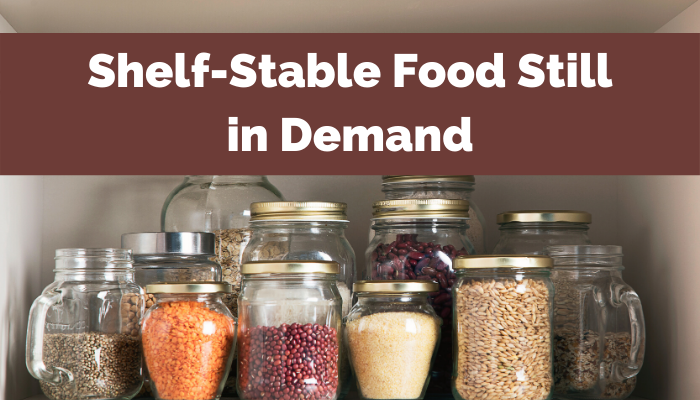 Ten percent of packaged foods, beverages, and household items were still out of stock as of July 5, according to IRI, reported The Wall Street Journal (July 12). Manufacturers such as General Mills, Campbell Soup Co., and Conagra Brands, say they are unable replenish inventories despite producing food as fast as they can. Items like flour, canned soup, pasta, and rice are still in high demand and remain in short supply.

“We are running flat out,” said Conagra’s chief executive Sean Connolly. He noted Conagra won't be able to build up inventory of brands such as Chef Boyardee and Healthy Choice unless demand slows or it increases manufacturing capacity further.

In states where cases of coronavirus are surging, retailers, including Texas-based H-E-B, reinstated rationing on highly sought-after items like paper products. They said distributors are still capping the amount of fast-selling products that can be ordered at one time.

Campbell ran through the reserves of its soup and snacks, like Pepperidge Farm Goldfish crackers, during the initial rush in the spring, according to CEO Mark Clouse. “We’re racing to try to rebuild some inventory," he mentioned.

General Mills indicated it hasn't built up normal levels of inventory of baking ingredients or its Progresso soup, while McCormick & Co. is struggling to rebuild inventory of its spices and other items.

Flour has remained particularly popular as in-home baking continues to surge. Sales of baking ingredients had previously been slow for years, making it difficult for suppliers to meet the sudden demand. Mills that never caught up with demand are trying to build surpluses to prepare for the holiday baking season and potentially higher orders if the rise in COVID-19 cases causes more areas to slow reopening plans.

Meanwhile, Mondelez plans to eliminate a quarter of its products to streamline manufacturing in an effort to improve efficiency for highly sought-after shelf-stable comfort food, reported Bloomberg (July 10).

“That’s always a discussion in a company like ours, that we have too many flavors, too many sizes and so on,” said CEO Dirk Van De Put. “This is the moment to drive that.”

Brands won't necessarily be eliminated, but the company is targeting individual product varieties, or SKUs. However, Van De Put didn't specify which ones.

The company experienced a particular demand for comfort foods such as chocolate and cookies, according to Van De Put. He noted Nutter Butters were one product consumers are currently coveting while on-the-go products like gum are taking a hit.

Mondelez isn't the only company using "SKU rationalization" to cut down on inventory and packaging costs. General Mills is also cutting its soup offerings by nearly half.