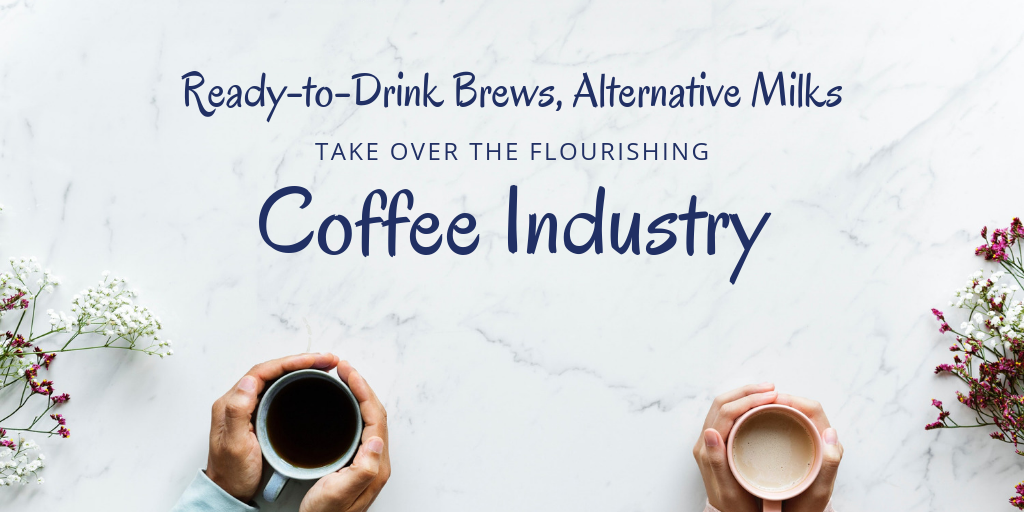 As the third-wave coffee movement progresses, innovation in the sector has reached a peak. Coffee companies both large and small are all trying to create the next big thing, and when they can't, they are quick to jump on whatever trend does catch on.

One of the areas growing the most rapidly in the coffee industry is ready-to-drink (RTD) products.

Innovation in the RTD cold coffee segment has contributed to 31% growth since 2016, according to Mintel. When asked what their ideal bottled/canned cold coffee drink would include, consumers said they want RTD coffee to offer functional benefits, with 47% looking for antioxidants, 40% brain health benefits, 35% anti-inflammatory benefits and 30% added probiotics. In addition, 42% of consumers say their ideal RTD coffee drink would help them relax, while 35% are interested in products with added protein.

"Innovation is vibrant and diverse in the RTD coffee segment and includes new products that are carving out sometimes surprising territory and often taking inspiration from unconventional beverage categories," notes Caleb Bryant, senior beverage analyst at Mintel. "What’s more, our research shows that iGeneration consumers are more likely to drink RTD coffee than brewed coffee, indicating this is how they are entering the market."

In addition, as non-dairy milk sales continue to rise, consumers are increasingly looking for it in their coffee, with 36% of consumers preferring RTD coffee with alternative milk. What's more, the use of non-dairy milk as an ingredient in coffee drinks on U.S. menus grew 107% in the last two years, with almond milk growing 198% in the same time period.

A report released by Square and the Specialty Coffee Association reinforces this non-dairy milk trend in coffee. Their Coffee Data Report found oat milk sales have increased 425% since June 2017, and may soon surpass almond milk, which remains the most popular alternative milk at coffee shops across the U.S.

Mintel's Bryant echoed this sentiment, saying, "While soy milk is the most common non-dairy milk used in both coffee and tea drinks, it is falling out of favor. Meanwhile, almond milk has experienced strong growth on menus across the U.S., indicating that we can expect to see operators swap soy milk for other non-dairy milks, with oat milk emerging as another rising star to watch."

Also, a standard latte isn’t as appealing anymore, as the average American requests two add-ons to their customized coffee order. Meanwhile, the Australian coffee classic Flat White, a new addition to the U.S. coffee scene, is gaining in popularity quickly, with sales increasing 41% in the past year.

The growing appeal of specialty and RTD coffee is not lost on Dunkin' Donuts, which went so far as to remove Donuts from its name completely to align itself more with its coffee-drinking customers. Dunkin' has been slowly opening stores using the shortened name over the past few months, but it now officially announced the name change. It will start to roll out the change to Dunkin' beginning January 2019 on packaging, advertising, its website and social channels. The Dunkin' logo will be featured on exterior and interior signage on all new and remodeled locations in the U.S. and, eventually, internationally.

It is also investing more heavily in the RTD sector, with the launch of Shot in the Dark coffee espresso blend, the brand's first coffee beverage served in a can. Reminiscent of Starbucks' Doubleshot espresso drink, Shot in the Dark is packaged in a slim can with "a touch of cream and sugar." In addition, Dunkin' launched Pumpkin Spice Bottled Iced Coffee at retail locations.

Thirty-five percent of consumers are very confident the food they're buying is safe to consume amid the pandemic, according to the International Food...