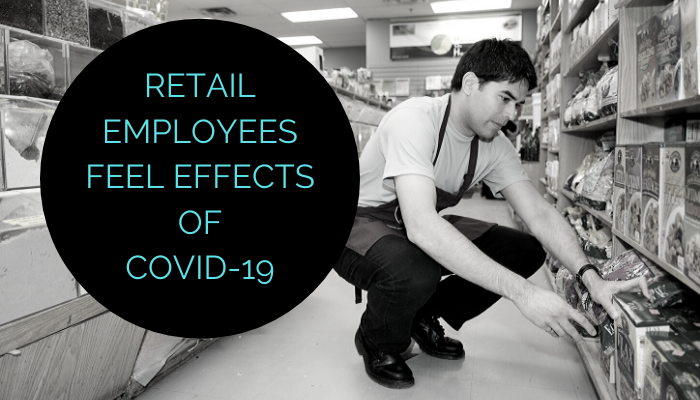 Grocery workers are beginning to be infected with the coronavirus, with dozens confirmed to have the virus and at least four dying across the country, reported The Washington Post (April 6).

Thousands of employees continued to report to work amid long shifts and increased workloads, but many feel they don't have the protective gear necessary to safely deal with hundreds of customers daily.

A Trader Joe’s worker in Scarsdale, NY, a greeter at a Giant store in Largo, MD, and two Walmart employees from the same Chicago-area store died of COVID-19 in recent days, the companies confirmed. And employees from at least 24 ShopRites in New Jersey contracted the coronavirus and three stores have employees with suggestive symptoms, reported NJ.com (April 7).

“One of the biggest mistakes supermarkets made early on was not allowing employees to wear masks and gloves the way they wanted to,” said supermarket analyst Phil Lempert. “They’re starting to become proactive now, but it’s still going to be much tougher to hire hundreds of thousands of new workers."

In one case, the estate of a Walmart worker who died of COVID-19 filed a wrongful-death lawsuit against the company, reported MarketWatch (April 7). The suit alleged the company didn't actively inform employees that some workers were experiencing symptoms within the store, and cited another employee at the Evergreen Park, IL, store who died of the virus four days later.

Some retailers are starting to take note and impose stricter measures. For instance, Amazon began disciplining warehouse workers who violate social distancing rules, reported CNBC (April 7). Workers will receive a warning if they fail to follow the rules. If they’re caught a second time, they may get fired.

Kroger is limiting the number of shoppers inside its stores, reported Richmond Times-Dispatch (April 6). The grocer will limit the number of customers to 50% of the international building code’s calculated capacity to allow for proper physical distancing in every store.