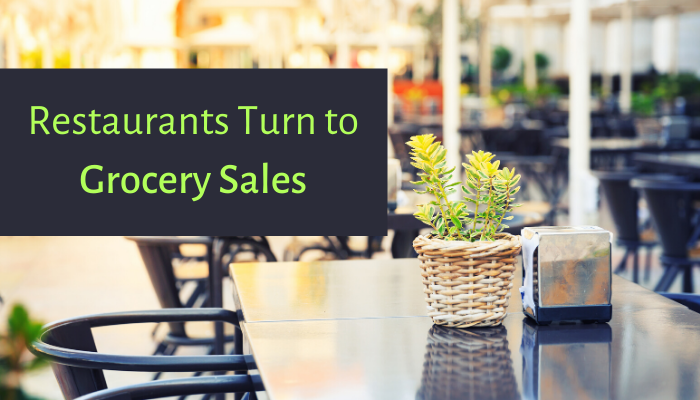 To make up for loss of restaurant sales, some restaurants are turning to retail operations. Restaurants are bundling in-demand consumer products with food and drinks to reach out to their communities, reported CNBC (April 2). Stockpiling left some shoppers unable to find goods like toilet paper and cleaning supplies, but restaurants have different supply chains.

At NYC-based Beach Cafe, owner Dave Goodside asked his paper vendors for 10 cases of toilet paper. The cafe now offers one free toilet paper roll and two pairs of polyethylene gloves, typically used for food prep, with every order. Beach Cafe is filling around 20 to 30 orders a night, according to Goodside.

“It costs us a little bit of money, but we think it’s a good idea, and we’ve had a lot of positive feedback,” Goodside said.

In Los Angeles, what is allowed and what isn’t—as well as what is being enforced and what isn’t—hasn’t been entirely clear. According to the L.A. Times, the Los Angeles County Department of Public Health said it is “allowing restaurants to offer grocery items as part of their menu,” but it was also still in the process for creating guidelines for doing so.

Meanwhile, U.S. restaurants asked the White House and congressional leaders for at least $325 billion in aid to help them weather the coronavirus crisis, saying the industry could shed nearly half of its 15.6 million jobs and a quarter of annual sales, reported Reuters (March 18).

Restaurants could take a $225 billion hit over the next three months, equal to a quarter of their projected 2020 sales of $899 billion, according to the National Restaurant Association (NRA). The NRA claims because every dollar spent in a restaurant generates additional $2 elsewhere in the national economy, the broader economic impact could be a loss of $675 billion.

Some distributors are helping restaurants shift to take-out service and increasing sales to independent grocers who lost their distributors. Rosina Food Products has experienced a big slowdown in its foodservice line, but its retail operations more than made up for that deficit, according to Robert Woeppel, SVP of administration.

The company is hiring to meet current needs as well as for future positions at the company's West Seneca, NY, plant, which is still expected to open next year. "Our retail business is extremely strong. We've seen a sizable increase in orders by major grocery chain partners who are selling a lot more, particularly by Tops and Wegmans," said Woeppel.