Oct 31, 2019
How Top Restaurants Rate in Reducing Antibiotic Use
By Victoria Campisi 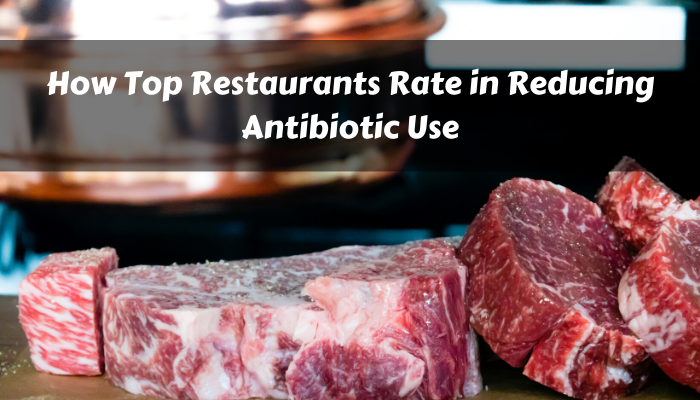 Although fast food restaurants can play an instrumental role in pushing meat producers to use antibiotics responsibly, the industry continues to contribute to the growing threat of antibiotic resistance, according to the annual Chain Reaction V report by industry advocacy groups.

The report revealed 15 American fast food and restaurant chains, including Burger King, DQ, Jack In the Box, Pizza Hut, Olive Garden, Chili's, Sonic and Applebee's, received an "F" for their lack of action in reducing the use of beef raised with antibiotics.

As leaders in using only antibiotic-free beef and chicken, Chipotle and Panera Bread were the only restaurants to receive an "A" and "A- " respectively. Most other chains have no established policy in restricting antibiotic use in their beef supply chains.

Despite the threat posed to public health, the U.S. lacks effective laws and policies to prevent the overuse of antibiotics in agriculture as many meat producers give the drugs to animals that are not sick to prevent diseases caused by factory farm production practices.

After Chain Reaction IV was released, McDonald's committed to monitor and reduce medically important antibiotic use in its beef supply, bumping them from an F to a C in this year's report, as well as earning it the "Biggest Mooover" award.