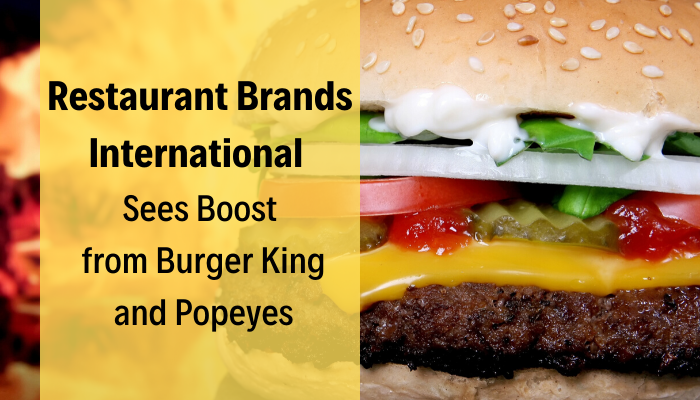 The launch of the Impossible Whopper wasn't just a win for vegans.

Burger King's owner credits the plant-based burger for its 5% increase in same-store sales during the quarter, which made it the company's best third-quarter increase in four years, reported The Wichita Eagle (Oct. 28).

Restaurant Brands International (RBI)-owned Burger King first started selling the burgers made by Impossible Foods in April and announced in August that it would start selling them nationwide after a successful test run in seven markets.

Unfortunately for Tim Hortons, also owned by RBI, its plant-based option didn't have the same amount of success. The company launched a breakfast sandwich with sausages from Impossible rival Beyond Meat earlier this year, reported CNN (Oct. 28). However, the chain pulled the products from all Canadian provinces, excluding British Columbia and Ontario.

Sales at Tim Hortons experienced a 1.4% decline during the third quarter. Luckily for RBI, the strong performance of Burger King, along with Popeyes, helped offset Tim Horton's weaker performance.

Popeyes had comparable sales growth of more than 10% in the U.S., one of its best quarters in almost two decades. The chain offered a limited-time chicken sandwich over the summer, which will be back on Nov. 3. This time, the chain will call in reinforcements. To prepare for the second launch, Popeyes restaurants are hiring an additional 400 employees and may dedicate up to two people per store to make the sandwich, reported Bloomberg (Oct. 23).

During its initial release in August, employees couldn't keep up with demand and supplies soon ran out. "Our franchisees have worked to increase staffing," RBI said in a statement. "We have been working diligently to bring the sandwich back to our restaurants…as we know our guests are anxiously anticipating its return."

Grocery shopping has evolved from a Main Street event (where we go to our local market frequently to purchase food and goods) to an order most anything, from anywhere, at any time online. Online shopping, which started off slowly, was initially an underwhelming choice for consumers. As the internet grew along with...