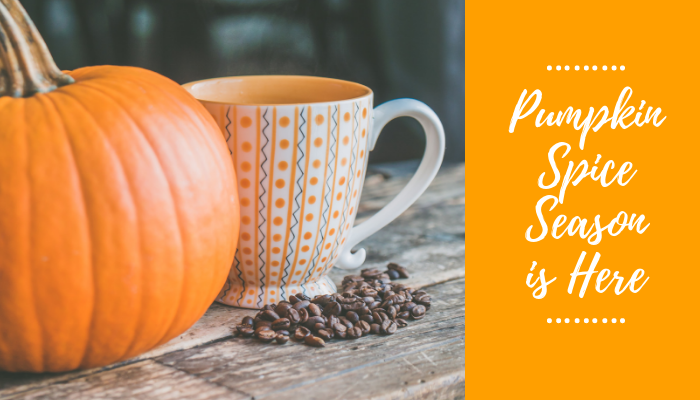 Though summer technically isn't over until the end of September, fall is creeping in early with the pumpkin spice craze back and bigger than before.

Eighty percent of Americans are on the pumpkin spice bandwagon, according to a survey by OnePoll and Green Mountain Coffee Roasters, reported New York Post (Aug. 22). The vast majority love pumpkin spice so much that they would sign a petition to allow the flavor to be available throughout the year

The flavor is becoming more than just a fall trend, as 68% of people surveyed begin craving pumpkin spice before the fall season even begins.

Dunkin and Starbucks are capitalizing on this enthusiasm with early releases of their fall menus. Dunkin launched their fall lineup on Aug. 21 nationwide—six days earlier than in 2018, reported USA Today (Aug. 20). On Aug. 27, Starbucks' Pumpkin Spice Latte (PSL), the drink that started the obsession, will return at its earliest date yet.

"Starbucks is tapping into that customer desire for that flavor," a Starbucks rep said. "And for those people waiting for fall, who want the flavor sooner, Starbucks is bringing back the PSL one day earlier."

Once upon a time, Starbucks served the pumpkin spice latte when pumpkins were actually in season, reported MarketWatch (Aug. 21). The first PSLs were poured on Oct. 10, 2003—almost a month after the official first day of fall.

Shoppers are fueling the August onset of pumpkin spice everywhere else, according to Genevieve Aronson, VP for communications at Nielsen. "While the early arrival of all things pumpkin spice is a topic of social media debate, early-season dollar sales of pumpkin spice products continues to deliver," she said.

While 77% of those who plan on having something pumpkin spice-flavored expect to have it as coffee, the flavor is expanding into other treats. Forty-six percent will have pumpkin spice in the form of cookie, while 45% will do so with their cereal.

Dunkin' is offering one of the largest varieties of pumpkin choices on its menu with pumpkin donuts, munchkins and muffins, in addition to several coffee options and K-Cup pods.

Even Spam is getting in on the pumpkin spice craze. Starting Sept. 21, you can purchase limited-edition Spam Pumpkin Spice on Walmart and Spam's online stores, reported Food & Wine (Aug. 16). According to the brand, the product is your typical pork- and ham-based product with "a blend of seasonal spices including cinnamon, clove, allspice and nutmeg."

However, Aronson warned there is "a faint tinge of fatigue in the air."

"Brands do run the risk of tarnishing the equity that the pumpkin spice flavor has built around the fall season," she said. "PSL has grown synonymous with all things fall—like warm cozy sweaters and crunching leaves—not with sand, sunscreen and the last days of summer fun."