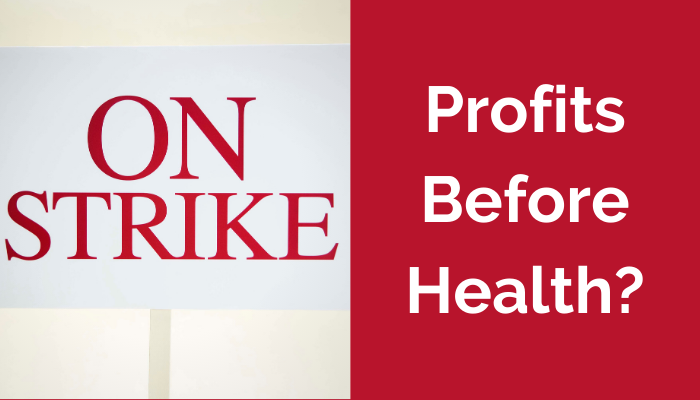 Amazon workers in Staten Island, NY, as well as Instacart workers across the U.S. are striking for coronavirus protection and pay, reported NPR (March 30).

As demand for online shopping and delivery increases, the employees are demanding stepped-up protection and pay as they continue to work while most of the country is self isolating. Workers from both companies want more access to paid sick time off. Currently, it is only available to those who test positive for the coronavirus (at a time when it's extremely difficult to get tested) or for those who are placed on mandatory self-quarantine.

Additionally, Amazon workers want their warehouse to be closed for a longer cleaning, with guaranteed pay, while Instacart's grocery delivery gig workers are asking for protective gear and hand sanitizer, as well as better pay to offset the risk they are taking.

On March 29, Instacart said it would distribute supplies, including hand sanitizer, to more workers and that it would change tipping settings, but did not address the paid sick leave for its contractors.

In a Medium post by Instacart, the company restated its offer of up to 14 days of pay for any hourly employee or full-service shopper diagnosed with COVD-19, or placed in individual mandatory isolation or quarantine. It said it is extending this assistance for another 30 days. It will also introduce a bonus payment for in-store shoppers, shift leads, and site managers.

However, in a reponse Medium post, worker group Gig Workers Collective argued the new policies weren't enough and plan for a walkout on March 30.

Multiple people at Amazon's Staten Island facility have been diagnosed with COVID-19, according to workers. Overall, workers in at least 11 of the company's warehouses diagnosed positive for the virus, forcing prolonged closure of at least one warehouse in Kentucky. The company says it has "taken extreme measures to keep people safe," including allowing unlimited unpaid leave time for those who feel uncomfortable working. The company also begun taking employees' temperatures daily, reported The Seattle Times (March 29).

Amazon is also offering higher pay to recruit its own warehouse employees to pick and pack Whole Foods groceris, reported Reuters (March 28). This move, known as labor sharing, displays how Amazon is reallocating some of its vast workforce to handle the increase in online sales of groceries.

“The Prime Now business has seen a mass increase in volume and is now offering labor share opportunities,” Amazon said in a message sent to warehouse workers in Maryland. Workers in other states where Amazon operates grocery services received similar communications, including California, Nevada, and Tennessee.

Demand for warehouse workers is “off the charts,” according to the SVP of logistics-staffing firm ProLogistix, reported The Wall Street Journal (March 29). Warehouse operators across the U.S. are trying to keep employees safe with sanitizing workplaces, providing protective gear to workers, and separating staff as they try to keep supply chains running. For example, e-commerce logistics company Radial adjusted meetings and shifted break schedules at its fulfillment centers, while Imperial Dade has an onsite nurse to check workers’ temperatures and is handing out protective gear.

Amazon and Walmart have said they are looking to hire tens of thousands workers for their distribution operations.

However, workers from Walmart, as well as Target, said the companies are not doing enough to protect staff, reported The Guardian (March 22). Workers said they were anxious about working in crowded environments, with increased workloads, understaffing, inadequate sanitation protections, and lack of increased compensation or paid time off for workers now on the frontlines of the pandemic.

“I’m 64 years old and according to the CDC, I should be staying home and practicing social distancing and in quarantine,” one Walmart customer service manager in the Midwest told The Guardian. “I can’t do that as I can’t afford to take off work unpaid."