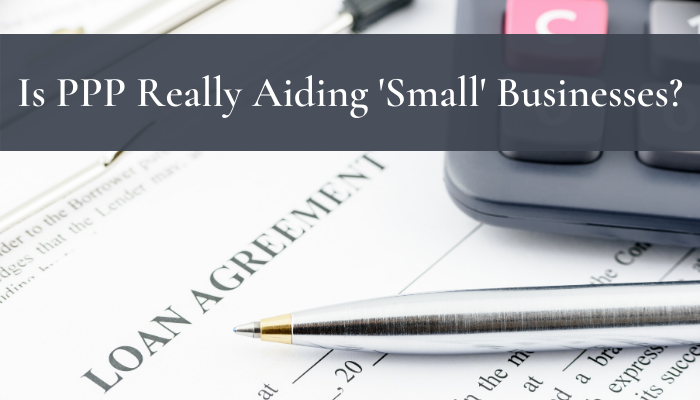 The data showcased the 660,000 companies that borrowed $150,000 or more, with the disclosed loans representing about 15% of total loan participants but almost $3 of every $4 distributed. Among the companies were law offices, charities, and restaurant chains such as P.F. Chang's China Bistro Inc.

The federal program was intended to help struggling businesses that had fewer than 500 workers, but big companies won exemptions after the coronavirus pandemic upended their industries, receiving millions from the PPP, reported CNBC (July 6).

Back in April, Shake Shack, Ruth's Chris, and several other publicly traded companies returned their loans after receiving backlash for taking money.

Many of the large full-service chains that received PPP loans are backed by private equity firms. For example, TriArtisan Capital Advisors owns the majority stake of T.G.I. Friday’s.

Large fast food chains did not apply for PPP funding, but their franchisees did. Operators of some McDonald’s, Wendy’s, and Yum Brands locations received loans in the range of $5 million to $10 million.

Specific loan amounts weren’t disclosed, but many of the best-known recipients took out loans of between $5 million and $10 million—the maximum allowed. Borrowers may have the loans paid back by taxpayers, as long as they spend at least 60% of the funds on payroll and meet other requirements.

Most borrowers either didn't comment or said they took the funds because they qualified and used them to support jobs. P.F. Chang's said that "as a direct result of receiving the PPP loan, we have been able to keep more than 12,000 team members on the job and most of our restaurants open throughout this crisis."

However, questions remain about how the program has affected jobs. The program's rules require borrowers show their lenders how many jobs they retained to have their loans forgiven. Among the loan recipients, 48,922 reported zero as the number of jobs they would retain with the money and 40,506 applicants appeared to leave that section blank. It appeared that 10 other companies received between $5 million and $10 million but reported retaining only one job with the money they received.

The Trump administration published the names alongside an analysis concluding that PPP loans were distributed evenly across the country, with low- to moderate-income areas receiving 27% of loans, on par with the 28% of Americans who live there. “Today’s data shows that small businesses of all types and across all industries benefited from this unprecedented program,” said Small Business Administration chief Jovita Carranza.