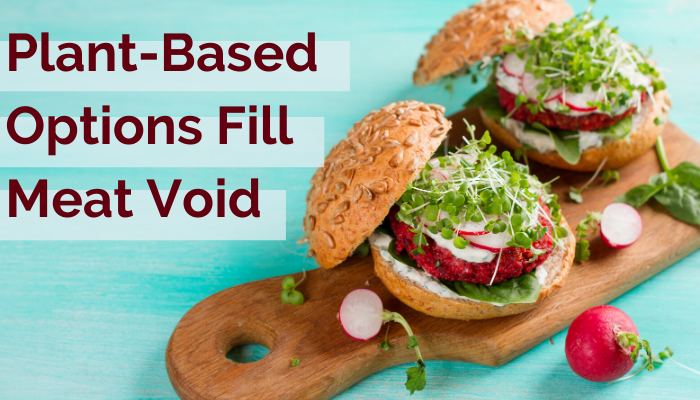 Demand for plant-based meat is skyrocketing during the coronavirus pandemic.

Beyond Meat's first quarter sales increased 141% from a year earlier, reported Bloomberg (May 5). However, the growth rate is the slowest pace in two years as the lockdown robbed Beyond of restaurant sales.

As a result, Beyond has dramatically shifted into retail. Before the pandemic, retail and restaurants each represented about half of sales, but that has now shifted heavily into grocery. In March, the company saw foodservice sales dip 23% relative to company expectations, while retail sales rose 12%.

Beyond also hasn't experienced any disruptions in the supply chain, according to CEO Ethan Brown, and there have not been any reported positive cases of COVID-19 at its facilities. Brown noted that the company plans to sell value packs with deeper and longer-lasting discounts this summer.

Meanwhile, Impossible Foods is selling plant-based burgers in Kroger's 1,700 stores, tapping into the demand for vegan alternatives at retail, reported Reuters (May 5).

Kroger, which also operates Fred Meyer, King Soopers, Ralphs, Smith’s, and other stores, started selling the plant-based burgers online at Kroger.com for curbside pickup and delivery starting May 5. Impossible said the Kroger rollout represents an 18-fold increase in the company’s retail footprint so far this year.

The company expects to expand its retail footprint 50-fold this year, it said. The Beyond Meat rival already sells its products in about 2,700 U.S. grocery stores including Albertsons, Safeway, Gelsons in Southern California, and Fairway Markets in New York City, among others.

While Beyond's shares rose 21% this year (due in part by the meatpacking closures), Impossible has also been in talks with investors about raising more funds, according to people familiar with the matter, reported Bloomberg (May 1). Impossible is considering investment offers because of the uncertain business environment caused by the pandemic, one of the people said.

Nielsen reported that fresh meat alternative sales increased 255% in the last week of March (compared to the same week in 2019), fully outpacing the growth of meat sales, which increased 53% over the same period, reported Forbes (May 5).

“The crisis has encouraged a sense of new-product discovery in this category,” said Jaime Athos, Tofurky CEO. “Consumer awareness of the positive social and environmental impacts of plant-based proteins are continuing to grow...compounded more recently by the closure of meat production facilities and supply chain disruptions.”

Conagra’s Gardein told Forbes that sales increased by 65% from March 13, 2020, to April 19, 2020, compared to the same period in 2019, while Tofurky, which sells 35 different plant-based alternative meat products, said that sales increased 40% in the last 12 weeks, with the sale of its plant-based ham growing 631% compared to the same period last year. Thirty-eight percent of Gardein buyers were first-time customers.