Jul 1, 2019
Plant-Based Most Popular with Young People
By Victoria Campisi 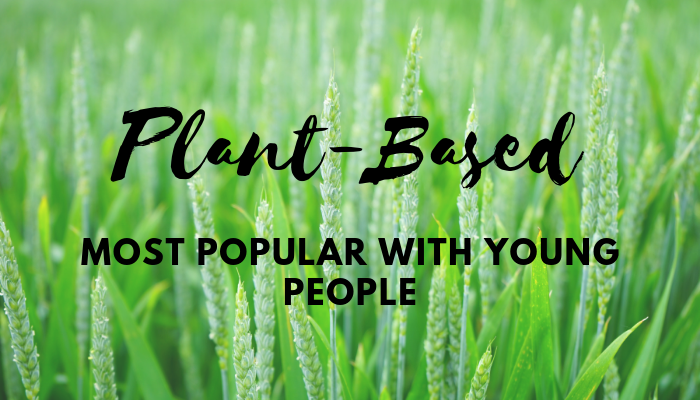 In the plant-based company's insights report Kids in the Kitchen, it found young people are far more likely to eat plant-based meat than older generations, a trend accelerating as Millennials become parents.

Taste is consistently the number one reason for purchasing specific foods, including the Impossible Burger. But after taste, motivations for food purchases are evolving.

In 2016, when the Impossible Burger launched, concern for the environment was not even in the top 10 reasons behind consumer purchases. Today, its number three and rising, especially within younger people as the survey found Gen Zers and Millennials more likely to state "better for the environment" as a reason for consuming plant-based meat.

Millennials are on track to become America's largest generation and they're creating a new model for parenting and shaping the generations after them. Their choices directly influence their children and kids are developing a taste for plant-based meat.

Additionally, Millennial parents are more likely than older generations to teach their children about environmental sustainability, specifically the connection between food and the planet.

As a whole, Gen Z is more conscious than the generations before them of what they eat and how what they do affects their surroundings. A 2016 global study by BBMG and GlobeScan found the youngest generations spend their money on sustainable products and services. Nearly nine in 10 Millennials and Gen Xers believe we need to consume less to preserve the environment for future generations.

Gen Z is significantly less likely than older generations to believe that meat is central to American identity or American culture. This generation is vastly more aware than the general population of animal agriculture's effect on the environment and are willing to spend more on sustainable food.

Luckily for those interested in trying plant-based meat, more and more foodservice establishments are adopting versions of familiar products such as Burger King's Impossible Whopper or the Beyond Taco at Del Taco. A new addition to the lineup of restaurants is Famous Dave's.

The BBQ restaurant chain is partnering with plant-based meat substitute company Beyond Meat to launch a test of plant-based protein menu items in August. The test will roll out in five locations initially, four in Colorado and one in Minnesota.

"For 25 years, our menu has included meat alternative options. In listening to our fans, we see tremendous opportunity to cater to their evolving palates and look forward to expanding the menu even further," said Famous Dave's CEO Jeff Crivello.

After several months of testing and experimenting with different recipes and ingredients, the Beyond Meat test menu will include a BBQ Slider, BBQ Taco and a BBQ Bowl.

Following the test, the company intends to deploy the launch throughout Famous Dave's network in fall 2019.