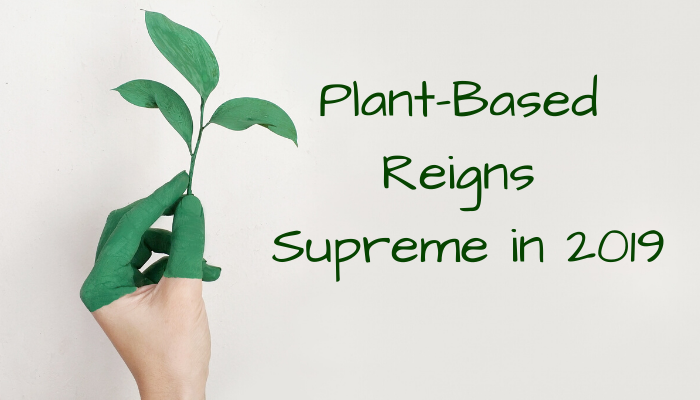 It's clear that plant-based foods are here to stay as the majority of 2019's top foods included vegetarian- or vegan-friendly options in Grubhub's Year in Food report.

Additionally, plant-based dishes took over seven spots of the top 10 as opposed to only three in 2018. In addition to the Impossible Burger, dishes included spicy Brussel sprouts, portobello empanadas, black bean and sweet potato tacos and vegan pad thai.

Vegan carrot cake even landed a spot in the top five desserts and vegan burgers were seen in the top late-night foods. The leading meat alternatives in 2019 were the Impossible Burger, black bean burgers, tofu, mushroom burgers and jackfruit.

The Fastest Growing Brands ranking was determined by measuring growth in the share of consumers who say they would consider purchasing from a brand over the course of the year. A Morning Consult report from September found Impossible Foods doubled its customer base in a year, with most of the growth coming after its partnership with Burger King was announced.

The company is also in talks with other retail partners for a bigger rollout, according to John Carmichael, president of the foods division at Nestle. New products will be comparable with the meaty originals on both nutrition and price, he added.

They'll be made with dairy cheese, so they won't be vegan, but they will be meatless. The target customer for these first new products is the consumer wanting to take more meat out of their diets. However, Carmichael noted vegan versions could debut in the future.