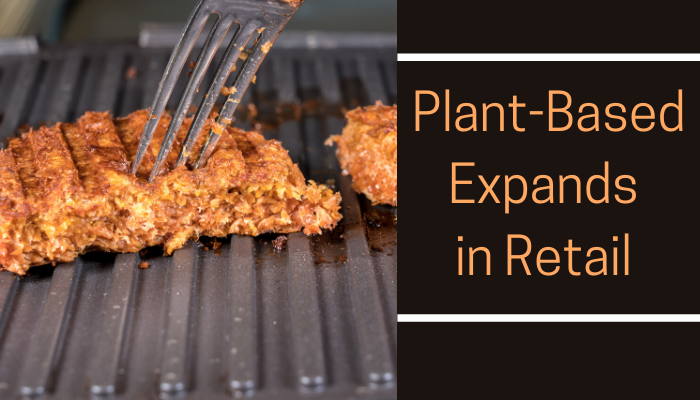 While meat facilities are shutting down, plant-based companies are ramping up production.

Impossible Foods will expand into 777 more grocery stores throughout the U.S., reported Bloomberg (April 16). Starting this week, the company's plant-based meat substitutes will be available at Albertsons and Safeway locations in California in Nevada, every Wegmans on the East Coast, all Jewel-Osco stores in Chicago, and Fairway Markets in the New York City region.

“We have to be able to go where the food consumers are going,” said Impossible Foods founder Patrick Brown.

Impossible Foods typically focused on foodservice, rolling out products at Burger King, as well as sports stadiums and Disney theme parks. As more consumers are currently cooking at home, distribution to supermarkets will be essential, especially since competitor Beyond Meat already has a broader retail offering.

Last month, Impossible announced a $500 million funding round that will allow it to "continue to thrive in a volatile macroeconomic environment, including the current COVID-19 pandemic," it said. Despite uncertainty in the restaurant industry, the company will still increase production, in part to supply supermarkets, according to president Dennis Woodside. "That business will come back," he said. "Being in retail is important for us to reach more consumers."

The product is suited for use in vegan/vegetarian applications, as well as blended products. “ProTerra proteins not only mimic the appearance and fibrous texture of meat, but their enhanced texture and mouthfeel are important attributes in products developed for consumers who desire the sensory attributes of meat in a plant-based option,” said Ody Maningat, PhD, chief science officer and VP of R&D.

The Mealtess Meatballs are created with a blend of soy and pea proteins, garlic, onion, and other spices, while the BBQ Sliders are produced with pulled porkless soy shreds in a BBQ sauce on a roll. Farm Rich also plans to extend the line at Kroger this summer with two new meatless alternative items, including Breaded Cauliflower Bites and Breaded Zucchini Sticks.

Meanwhile, the Animal Alliance of Canada and the Animal Protection Party of Canada are calling on the Canadian government to take steps to ensure the best possible health outcomes for Canadians during and after the pandemic has cleared by encouraging consumers to reduce and transition off of meat and dairy products.

"Revisions to the Canadian Food Guide in 2019 were an evidenced-based shift away from meat and dairy products," said Jordan Reichert, campaigner for Animal Alliance and deputy leader of the Animal Protection Party. "With the current health crisis before us, now is the time to be reinforcing the positive health outcomes of reduced animal consumption..."