Jun 13, 2019
Producers, Fast Food Restaurants Cut Down on the Meat
By Jennette Rowan 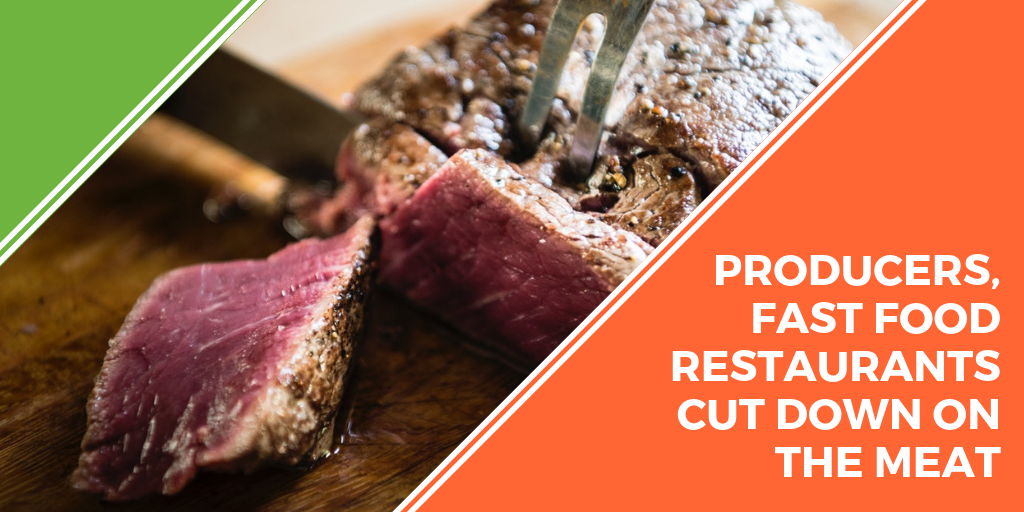 Companies that make plant-based products are making headlines almost every day, but now traditional protein manufacturers and fast food restaurants are also seeing the merits of offering more products that have less or no animal-derived meat.

Tyson Foods will debut plant-based nuggets this summer as part of a new brand, Raised & Rooted. The company will also release a blended burger made with Angus beef and pea protein under the new brand. In addition, it launched Aidell's Whole Blends sausage and meatballs made with a mixture of chicken and plant-based ingredients under the existing Aidell's brand. Tyson plans to introduce additional alternative protein products across its portfolio.

Meanwhile, Perdue Foods introduced Chicken Plus nuggets, tenders and patties made with a chicken and vegetables blend. The produce line mixes chicken with cauliflower, chickpeas and plant protein and has half a serving of vegetables. They will be available for food service and retail beginning in September.

On the foodservice side, Nestle may expand its plant-based burger sales partnership with McDonald's beyond Germany and is looking for other partners, according to the CEO of Nestle's Europe, Middle East and North Africa business. Nestle is working with other operators to supply products, but the company believes its retail channel is important as well, reported Reuters (June 11).

Other international fast food chains are making similar moves. Tim Hortons will offer breakfast sandwiches made with Beyond Meat patties in Canada, reported CBC News (June 12). The chain will offer three varieties of the Beyond Meat patty, including in an English muffin with egg and cheese, in a tortilla wrap and a 100% vegan form on a baked biscuit with lettuce and tomato. In addition, KFC launched a vegan chicken burger in the UK. The sandwich replaces KFC's traditional chicken fillet with a one made from Quorn, which has been coated in the Colonel's Original Recipe herbs and spices, reported The Independent (June 13).