May 2, 2018
Per Capita Availability of Vegetables Rises in 2017
By Chris Campbell 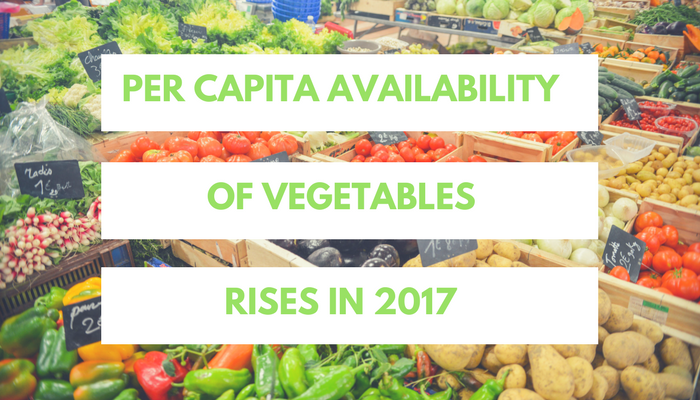 Despite production declines, falling exports raised per capita availability of vegetables and pulses in 2017, according to USDA's Vegetables and Pulses Outlook Report, dated April 27.

In the early going of 2018, California's major crop areas were enjoying favorable weather which points to boosted yield potential. When combined with current acreage estimates, USDA predicted higher production of both fresh-market and processed vegetables. Data for 2018 indicates both imports and exports of fresh vegetables are poised to surpass 2017 levels, while exports of processed vegetables remained depressed.

In 2017, dry conditions pushed production down in major growing regions. Planted area for pulses is forecast to shrink in 2018, with the dry bean area forecasted to decline by 7%. Additionally, dry peas and lentils planted areas are expected to drop 20% and 28%, respectively. However, chickpea planted area is expected to rise 7% in 2018.