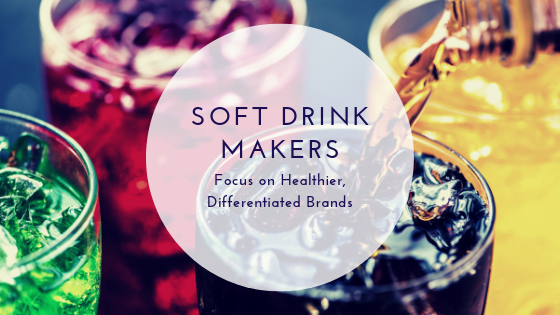 "Beyond brand investment we also directed investment on innovation to address new category entrants and to drive success in higher-growth category segments," said chairman and CEO Ramon Luis Laguarta. "And this is evident with innovations like Mountain Dew Game Fuel, Gatorade Zero and Gatorade Bolt24, LIFEWTR, bubly, new variants of Propel, and extensions within our successful Starbucks and Pure Leaf tea liners."

He sees trends emerging in the beverages and snacks businesses, such as smaller pack sizes, higher-value products (like functional beverages), and more consumption in convenience channels. Additionally, Laguarta recognizes opportunity in the Gatorade brand, with the launch of its new lines Gatorade Zero and Bolt24. Zero aims to cater to athletes looking for less sugar, which he says expanded the consumer base of the brand, while Bolt24 is meant to be consumed by athletes off the field.

Laguarta may be right to bet on the sports drinks sector, particularly those of the healthier variety. In 2018, Coca-Cola acquired a stake in BodyArmor, a maker of low-calorie sports drinks using natural sweeteners, natural flavors and coconut water, which many analysts believe was a move to directly compete with Gatorade Zero, reported CNN (August 14, 2018).

Laguarta noted price is no longer the only factor that drives customers to brands. "Everybody is trying to generate value by investing in brands, improving distribution, connecting better with consumers versus just using price as the only lever of attracting consumers to your brands."

Despite this attention to value and positive outlook, Pepsi's overall brand value decreased 8% to $18.5 billion, according to Brand Finance's Food & Drink 2019 report, while Coca-Cola's brand value rose 19% to about $36.2 billion in 2019. Out of the top ten soft drink brands, only two saw brand value drop, both of which are PepsiCo brands: Pepsi and Gatorade. Coca-Cola-owned Monster, Sprite and Fanta saw value increase, as well as Pepsi-owned Lipton and Red Bull, Nescafe and Dr. Pepper.

Although Coca-Cola topped the list, it may not have time to rest on its laurels. "Coca-Cola always has its sheer volume of sales to rely on, [but] the brand needs to evolve with society if it wants to maintain it dominance in the sector," said David Haigh, CEO of Brand Finance. The report notes "as with all soda brands across the sector, Coca-Cola has had to contend with the perpetual decline in sales...as well as the issues arising from the increase in healthconscious consumers and governments imposing taxes on sugar-laden products." Even healthier drinks like water brands have struggled, with Evian, Aquafina and Dasani all falling in brand value in the past year.

Moving on to brand strength, which Brand Finance determines by looking at marketing investment, stakeholder equity, and the impact of those on business performance, Coca-Cola and Pepsi are the first and third top soft drinks brands, increasing 0.6 and 1.4 points, respectively. Rounding out the top five are Nestle's Milo, Red Bull and Sprite.

Most diets were put on hold while sheltering in place during COVID-19, except for dieters on lifestyle diets such as keto, according to read more