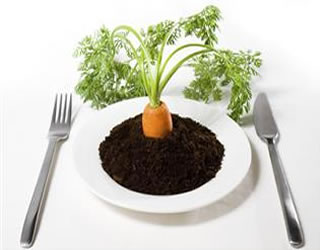 Organic products are spiking in popularity in recent years as consumers are increasingly concerned about what goes into the foods they are eating and more traditional retailers begin to expand their organic offerings.

Demand for organic ice cream is on the rise due to rising health consciousness and changing taste preferences among consumers, with its expansion facilitated by technological advancements in the field of cold chain infrastructure, refrigerated transport systems, storage facilities and equipment, according to Future Market Insights. The U.S. is expected to be the largest consumer of organic ice cream in the world, followed by Europe.

The organic ice cream market is being affected by the trend of maximizing the nutritional credential in ice cream, which make organic ingredients more attractive. At the same time, organic varieties are still facing fierce competition from regular ice cream, and the challenges that come along with the product's seasonal demand fluctuations.

The organic produce category is also making significant improvements when it comes to retail sales. According the United Fresh Produce Association's third-quarter FreshFacts on Retail report, weekly dollar sales of organic vegetables rose 7.6% in the third quarter of 2016 when compared to the year-ago period. Organic fruit sales rose 17.5% during the same time frame, reported The Packer.

According to the Organic Trade Association's Organic Attitudes and Beliefs 2016 Tracking study, more than 82% of U.S. families note they buy organic products sometimes, one of the highest levels reported in the survey's seven year history. The group notes than nearly 5% of all food sold in the U.S. in 2015 was organic.

Naturipe plans to double its production of organic blueberries in Argentina and Chile, while Organic tonnage is up about 50% at CMI Orchards LLC, which markets the Daisy Girl Organics brand. CMI expects tonnage to grow even more over the next four years.

So what is behind this increased interest in organic foods? Spending on natural, organic food offerings is driven by consumers' desire to feel good about the food they’re eating, according to results of Acosta’s The Why? Behind The Buy report. The survey found that 38% of shoppers agree with the statement, “I often buy natural/organic products because I know they are better for me.”

Millennial shoppers indicate that on a typical shopping trip 39% of the items in their grocery carts are organic products, compared to total U.S. shoppers who say just over 25% of the items in their typical carts are organic products. Transparency also remains important, with 37% of shoppers saying that they want their grocery brands to be transparent about their ingredients, processing or production.