Feb 25, 2020
Omnichannel Shoppers Will Dominate by 2025
By Victoria Campisi 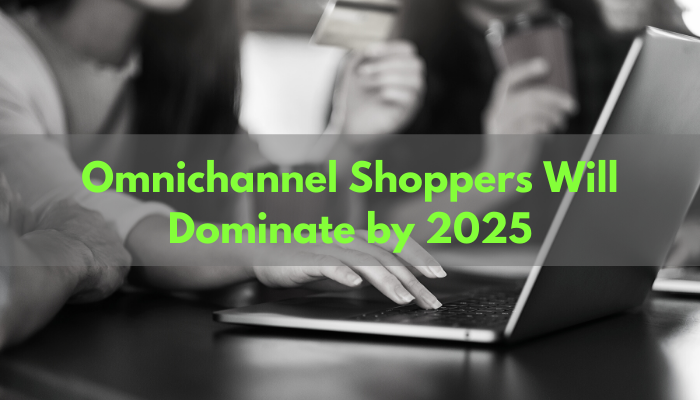 Currently, 44% of American households are actively buying food both on- and offline, indicating that the industry needs to focus more on consumers and less on the physical channel. At the end of 2019, more than 54 million U.S. households transitioned to true omnichannel shoppers—up 14% from just two years earlier.

Between now and 2025, each additional million omnichannel households will add another $8.4 billion in sales, according to the forecast. The evolution of fulfillment and auto-replenishment infrastructures will be primary growth drivers during this timeframe, in addition to other factors such as robotically-driven kitchens and 3D printed foods at home.

Although the food industry emphasizes on reaching Millennials and Gen Z, the 45-54 and 55-64 age demographics account for the most omnishopper growth, as these two age cohorts increased their spending by about $20 billion in the past two years alone.

Products focused on convenience and replenishment, such as soft drinks, cookies, pet food, and chocolate, are keys to winning with omnichannel shoppers, but some areas are still crucial traffic drivers to physical stores, such as fresh prepared foods. Store brands represent another opportunity in omnichannel, as spending on private-label food and nonfood items increased by about 25% over the past two years.

As for which retailers are succeeding, Target's increased focus on building its e-commerce business has been paying off. While it used to rank 11th in the U.S. in terms of e-commerce sales, Target now surpassed three competitors to become number eight, according to eMarketer's Top 10 U.S. E-commerce Ranking.

"At a time when brick-and-mortar stores are struggling to keep up with the fast-changing retail landscape, Target seems to have hit the bullseye," eMarketer forecasting analyst Cindy Liu said. "Store renovations and expanding same-day fulfillment options, such as in-store pickup, drive-up, and delivery with Shipt, are paying off. Target has found a way to use its stores to fulfill online orders while keeping up with customer demands for convenience and speed."