May 31, 2017
Global Olive Supply is Down, but Demand Is Going Up
By Chris Campbell 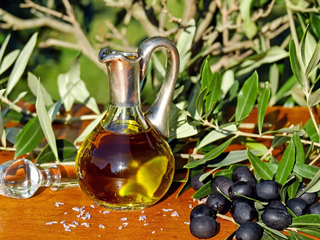 If you love olive oil, now might be the time to stock up. Production across the globe is dropping due to a number of issues, while global demand is ticking up.

In a recent piece for Forbes, American entrepreneur David Schrieberg notes that global olive oil prices jumped 25% in 2017 and 26% across Europe the past two years, according to the International Olive Council. Meanwhile global output is down 14%. Global demand is on the rise despite tighter supplies, with Australia, Brazil, China, Canada, Japan and the U.S. seeking more of the product. Mr. Schrieberg spoke with Sebastian Hendricks, a consultant at IRI, about the trend:

"'It’s interesting that olive oil, which has traditionally been dominated by recognizable brands, has seen a significant shift in recent years. Private label is now better in quality, which is why we have seen (their) increase in other categories as well, but we are also seeing retailers, including the discounters, giving much more shelf space and extending the range of their oils, including organic ranges, in-store."

However, it may not all be bad news. The California Olive Committee is optimistic the state's table-olive crop will be large in 2017 in advance of official estimates, according to the California Farm Bureau Federation. The committee expects 27,000 acres to be dedicated to table-olives. The California Olive Oil Council expects olives grown for oil to cover about 38,000 acres. (Editor's note: this webpage will be replaced by the Federation's next update, expected June 7.)

USDA's Foreign Agricultural Service also noted in a May 10 report that olive oil production is forecast to make a significant recovery from the current marketing year. From the report:

However, despite some optimism, Schrieberg notes prices are still up globally. He notes that prices were 28% higher in Spain, 70% in Italy, 24% in Greece and 28% in Tunisia through April 2017. “Over the next coming months the prices in the supermarkets in the U.S. and U.K. will be higher than two-to-three months before,” Panayotis Karantonis, director of the Athens-based Greek Association of Olive Oil Processors and Packers, told the Financial Times.

So, maybe some good news is on the horizon, but it might be best to stock up today.