May 18, 2018
Will Ocado's U.S. Invasion Shake Up the Online Grocery Industry?
By Jennette Rowan 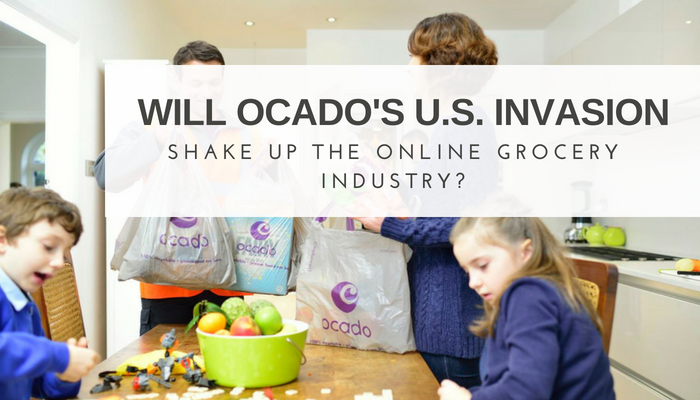 The Kroger Co. and UK-based Ocado signed an exclusive partnership agreement, bringing the Ocado Smart Platform to the U.S. for the first time. As part of the agreement, Kroger will increase its existing investment in Ocado by 5%. Ocado will partner exclusively with Kroger in the U.S., enhancing Kroger's digital and robotics capabilities and helping expand its coverage area.

The two companies are working to identify the first three sites in 2018 for development of automated warehouse facilities, and will identify up to a total of 20 in the first three years of the agreement.

While this partnership is attracting attention because it marks the first time Ocado will be operating in the U.S., and with a major grocery chain to boot, this isn't the first time the e-commerce grocery developer has scored a major partnership.

At the beginning of May, Ocado signed a partnership agreement with Swedish supermarket ICA Group. The deal will see Ocado develop ICA's website and mobile phone ordering applications, construct an automated warehouse, and develop delivery technology that will be operational by 2020. The warehouse will be built in the Stockholm area, reported The Globe and Mail (May 2).

In addition, Canada-based Sobeys signed a deal with Ocado to expand its online business. The companies will develop a customer fulfillment center in Toronto, and Ocado will help Sobeys build a website and mobile service. Additionally, Ocado's technology will be used to manage Sobeys' delivery system and customer service, reported Reuters (Jan. 22).

Back in February, Ocado also made plans to raise about $215 million in a stock offering. The company intends to use the new capital on technology projects and growing its solutions division, which handles the group's partnerships with other retailers, reported The Guardian (Feb. 6).

And that's just this year. Going back to 2017, Ocado partnered with France-based Groupe Casino, launched an app for Amazon's Alexa voice assistant, and launched its robotic system that can pick and pack orders.

Specifally, that last detail is likely one of the most appealing attributes of the online grocer. Ocado's automated warehouse in Andover, UK, can process 65,000 orders a week using a network of battery-powered robots, reported Business Insider (May 9). The cube-shaped robots travel along a massive grid and are controlled by an air-traffic control system. They communicate with each other using 4G technology so they don't crash, and have a top speed of about 13 ft. per second.

This warehouse technology is likely one of the major driving forces behind Kroger, and other grocers', interest in Ocado, as it automates much of the online order fulfillment process. As Ocado expands and builds more automated warehouses in partnership with Kroger, it won't be long before other grocers and online retailers are forced to respond.