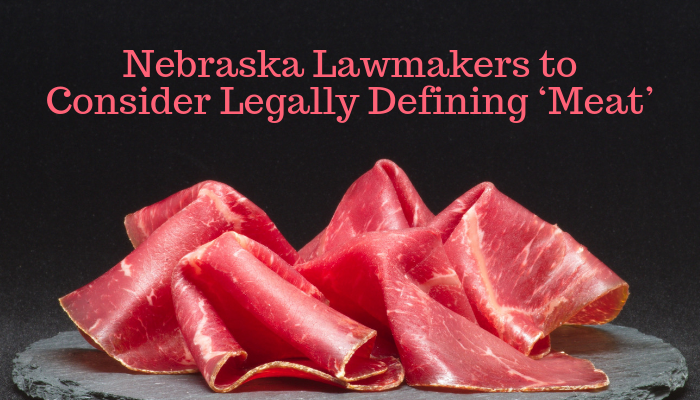 Nebraska lawmakers are set to consider whether the term “meat” should be reserved for meat and poultry products harvested from live animals.

Just fourth months after Missouri became the first U.S. state to regulate use of the term, Nebraska will determine whether the term should be relegated to "any edible portion of any livestock or poultry, carcass, or part thereof" and excluding "lab-grown or insect or plant-based food products.” Additionally, it would make it criminal to advertise or sell a food product "as meat that is not derived from poultry or livestock,” reported Yakima Herald Republic (Jan. 14).

The bill will be particularly important for Nebraska, as it led the nation in commercial red meat production in 2017, according to USDA. The most recent USDA data indicates the state generated about $12.1 billion via livestock and livestock product sales in 2016. Similar bills are being explored in Tennessee, Virginia and Wyoming.

Meat industry representatives found an unusual ally in state Sen. Carol Blood from the Omaha suburb of Bellevue. Ms. Blood, who grew up on a farm, is also a vegetarian, and noted the measure would protect Nebraska’s largest industry. "I'm not bringing this bill to tell people what they can and can't eat," the Senator said. "All I'm asking for is truth in advertising. It's clear that meat comes from livestock, and livestock is our livelihood in Nebraska."

Much like the Missouri law, the potential Nebraska legislation is expected to face a legal challenge. The Good Food Institute, the American Civil Liberties Union of Missouri, the Animal Legal Defense Fund and plant-based food company Tofurkey previously filed a federal lawsuit challenging the Missouri law.

The Nebraska bill "would censor food labels and create consumer confusion where there is none," said Jessica Almy, director of policy for the Washington-based Good Food Institute. "You can't censor speech just to promote one industry's financial success."