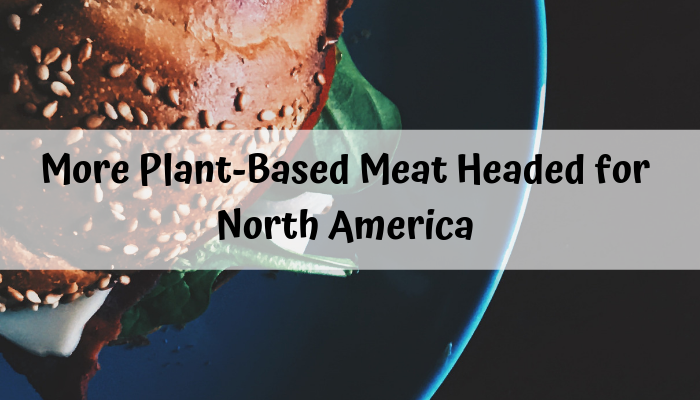 Impossible Foods signed a deal with a major meat supplier to make its plant based burgers.

As it prepares to meet demand from consumers and restaurants such as Burger King, the company is partnering with a longtime producer of patties for fast-food chains, OSI Group, reported Reuters (July 31).

Illinois-based OSI has been supplying McDonald's Corp for about 60 years and operates 65 facilities in 17 countries. When asked if Impossible would be serving McDonald's too, Impossible Foods’ SVP of product and operations Sheetal Shah declined to comment on customers, but noted seeing "no reason why [Impossible] shouldn't be able to go anywhere and everywhere."

"The work that's been done in the sector on our behalf and other manufacturers and companies like Impossible Foods are really narrowing that gap to a point of overall consumer acceptance," he said.

Shares of rival company Beyond Meat Inc. are up over 700% since it went public in May and the company forecasts its revenue will rise over 170% in 2019. Additionally, Beyond is raising more funds in a stock offering to expand its manufacturing facilities, which are being stretched by increasing demand.

Meanwhile, it looks like Beyond has a new Canadian competitor with the launch of Quebec's vegan Vegeat burger, reported The Montreal Gazette (July 31). Vegeat launched on supermarket shelves July 26 and hopes to offer local competition to larger companies such as Beyond and Lightlife.

Vegeat burgers and plant-based ground beef are on sale at IGA, Rachelle-Bery, Tradition and Bonichoix stores, all of which are owned by Sobeys. Founder Francois Cardinal signed a deal to sell Vegeat products exclusively through the company's retailers in Quebec and New Brunswick.

The products are competitively prices at $3.81 for two burgers and $7.58 for 400g of ground, and Cardinal believes Vegeat will be able to carve a place for itself in the booming industry.

"We've been working on the taste and texture, and now people are starting to know we're here," he said. "The objective is to bring innovation, and we will be able to launch all our products across the Sobeys network. I'm really happy about the partnership."

Vegeat products attempt to strike a balance between health-consciousness and comfort-food appeal. "There are certain taste vectors that consumers like," Cardinal said. "We wanted to make sure to get the taste and texture right, to make things that consumers already know."

Cardinal hopes to launch up to three more Vegeat products in the coming year; next in line is a plant-based sausage. He has already received requests from the U.S., Brazil and Japan, but wants to focus first on getting his company off to a solid start at home in Canada.

However, Vegeat could face even more competition in the U.S. with the arrival of British plant-based protein company The Meatless Farm. The company, which has seen success in the UK, signed a distribution deal with Whole Foods Market to appear on the shelves of 450 stores across America beginning in August and has also established its U.S. headquarters in New York City.

"[Beyond Meat and Impossible Foods] have been the icebreakers, we have just been fortunate to squeeze ourselves through the back door and feed off the category creation they have led," said The Meatless Farm founder Morten Toft Bech. "They have been pushing the burger agenda, but we have been pushing mincemeat. Ours is a cooking ingredient, that's a new thing in America."

The company has been "up front" with Whole Foods about approaching more retailers in the future and hoped to be manufacturing its product in the U.S. in the next four or five months, according to Bech.