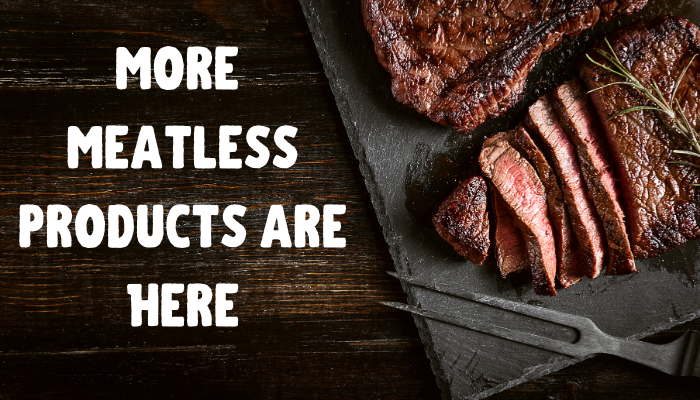 Impossible Foods is serving up its first new products since the debut of the Impossible Burger in 2016: Impossible Pork and Impossible Sausage.

Both products do not contain gluten, animal hormones, or antibiotics, and can be used in any dishes that call for animal-derived alternatives.

The Impossible Croissan'wich features a toasted croissant, egg, cheese, and the seasoned plant-based sausage from Impossible Foods. The test makes Burger King the first restaurant to sell the product in a breakfast sandwich.

Meanwhile, Burger King launched its first plant-based burger in the UK, reported The Independent (Jan. 6). The Rebel Whopper contains a patty made from sustainably sourced soya and was developed in partnership with The Vegetarian Butcher, which produces a range of plant-based meat alternatives. It is topped with sliced tomatoes, fresh lettuce, mayonnaise, pickles, onions, and ketchup.

The catch? The Rebel Whopper is not suitable for vegans. It is cooked on Burger King's "signature broiler," where its beef burgers are also cooked. Burger King has not advertised its Rebel Whopper as a vegan product, and says it is aimed at flexitarians—people who primarily eat a vegetarian diet but still sometimes consume meat and fish. The chain is stressing this fact following a class action lawsuit by a consumer who bought an Impossible Whopper at an Atlanta drive-through and said he would not have paid a premium price had he known the cooking would leave it “coated in meat by-products," reported CNBC (Nov. 18).

"We wanted our first plant-based Whopper to replicate the indulgence and flame-grilled taste of the real thing as closely as possible, and we're thrilled with the result," said Katie Evans, marketing director at Burger King.

Toni Vernelli, international head of communications and marketing at the Veganuary campaign, noted the Rebel Whopper is still valuable to those trying to eat a more vegan-friendly diet, despite it not being 100% suitable for vegans.

"For all of the important issues that Veganuary—and most vegans—are trying to address through their food choices, it makes absolutely no difference whether the plant-based patty is cooked separately or on the same grill as the meat," she said.