Aug 1, 2017
The Meat Industry is Poised for a Plant-Based Shake-Up
By Jennette Rowan 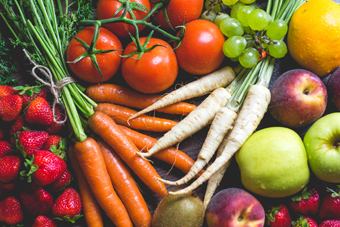 For a myriad of reasons, consumers are starting to look for ways to reduce their meat consumption. Some look for meat alternatives to improve their health, while others are concerned about the environmental impact of traditional meat production. Regardless of their motivation, one thing seems to be a common factor among consumers: they don't want to give up the experience of eating meat.

This is where the new wave of plant-based "meat" companies come in. Gone are the days of black bean burgers and tofurkey sandwiches that may leave much to be desired for the experienced meat eater. Not only are vegetarian and vegan options more readily available, but they also tend to be more flavorful and innovative. Many companies are even trying to mimic the taste of meat so closely that the most avid carnivore would choose to eat a meal with plant-based meat on occasion, if not regularly.

Impossible Foods' flagship product, the Impossible Burger, is made through a combination of plant-based ingredients, including soy leghemoglobin. Soy leghemoglobin is made from a process of yeast fermentation that creates a heme protein, an iron-containing molecule that occurs naturally and gives meat its unique taste. The company recently received a U.S. patent that covers its technology to use soy leghemoglobin in plant-based meat. In addition, it also plans to provide study data on the safety of soy leghemoglobin to FDA, which publishes the information online for public viewing.

Aside from plant-based meats, so-called "clean meats" are also beginning to pop-up. These products differ from the likes of the Impossible Foods burger, as they are still made from animals, but in a lab instead of on a farm. Clean meat producers use animal cells to create meats that do not need to be fed, bred or slaughtered. Memphis Meats, one of the few companies attempting to do this, says its products use up to 90% fewer greenhouse gas emissions, land and water than conventionally-produced meat.

Hampton Creek is also developing lab-grown meat and seafood products, which it plans to sell in supermarkets by 2018. The company is working on a method to feed plant material to animal cells, and is testing species of plants from more than 51 countries to see which will help the meat cells grow in a controlled environment. Memphis Meats currently uses an animal-based serum to grow its meat, but is also working with a plant-based alternative in hopes of eliminating the animal-based approach, reported The Wall Street Journal (June 27).

The number of companies producing clean meats is still small, but The Good Food Institute sees the clean meat industry as one with a lot of growth potential, according to its Mapping Emerging Industries: Opportunities in Clean Meat report. It notes that while the plant-based meat sector is making strides toward competing with conventional meat in taste and texture, clean meat allows consumers to still consume meat without "the inefficiencies and harms of current meat production."

The organization sees clean meat finding an early market entry point as an ingredient in plant-based products, noting that many times plant products cannot replace meat in certain recipes without changing the overall makeup of the dish. It also sees a growing market for other industries to support the clean meat movement, such as development, production, distribution and market access.