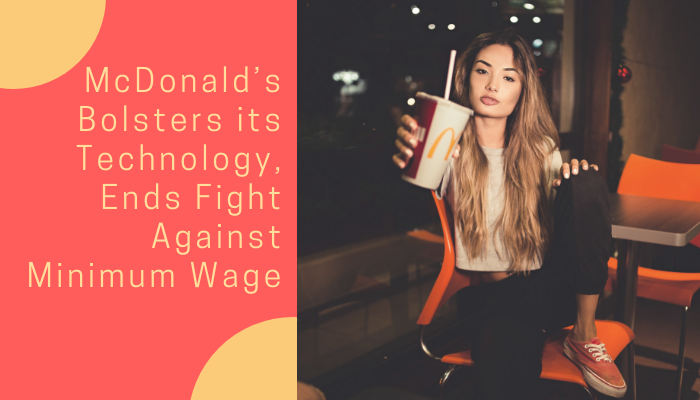 McDonald's made a pair of key strategic moves over the course of 10 days.

McDonald's Corp. took an almost 10% stake in mobile app vendor Plexure for $3.7 million. The deal gives McDonald's more access to the New Zealand-based company's technology to improve customer engagement with its mobile app, but restricts Plexure from working with others in the fast food industry, reported CNBC (April 3).

The acquisition furthers McDonald's Corporate EVP & CFO Kevin Ozan's claim that the company is turning to technology to strengthen itself for the future. Additionally, it seems to partner well with its acquisition of Dynamic Yield. The pair of technology companies represent the first two acquisitions for the company in about 20 years, and both seem to be focused on one core ideal: using technology to bolster the customer experience.

Plexure's expertise lies in developing customer engagement with mobile apps, while Dynamic Yield is expected to improve McDonald's menu boards by offering personalized suggestions based on weather, customer history and other factors. Allowing the companies to work together would present some interesting opportunities. Does a menu board powered by Dynamic Yield technologies that automatically adjusts its offerings based on the proximity of a Plexure-enabled app seem farfetched in world of the Internet of Things?

It remains to be seen what the company plans to do with the two acquisitions, but it is definitely building out its technology portfolio rather quickly. And if the "Experience of the Future" model is any indication, it seems it will have no hesitancy in rolling out the technology nationwide.

Meanwhile, the company will no longer lobby against minimum wage hikes, telling the National Restaurant Association it would not engage in lobbying at the federal, state or local level. McDonald's VP of U.S. government relations Genna Gent claims the company believes wage increases "should be phased in and that all industries should be treated the same way," reported CNBC (March 26).

"The conversation about wages is an important one; it's one we wish to advance, not impede," continued Ms. Gent.

The about-face is particularly interesting for McDonald's, as it has been at the heart of the "Fight for 15" movement over the past few years. While not the only fast food chain that found itself in the movement's crosshairs, the sheer number of McDonald's locations in the country helped it become something of a scapegoat for those seeking to raise the minimum wage. The official website for the movement featured a story entitled "McDonald's workers STRIKE in Florida!" as recently as January.

The common theme I find in these two stories is an emphasis on modern trends. Consumers are increasingly basing their shopping habits on convenience and social responsibility. McDonald's hits the mark with both moves.