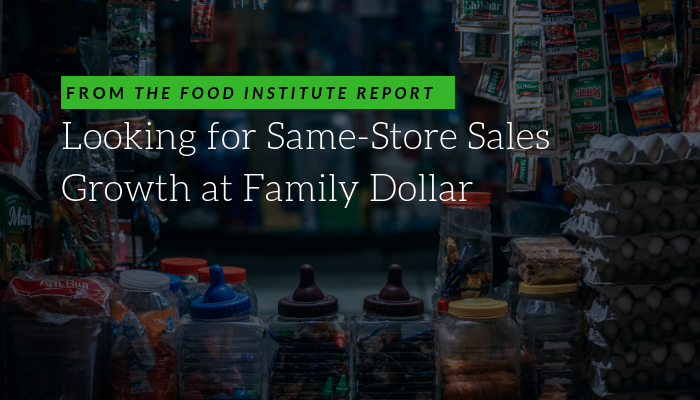 Same-store sales growth at Family Dollar would be essential in order for the discount retailer to stay competitive, according to Barclays. But this would be a challenge, as Dollar General’s prices remain superior and store overlap with Family Dollar is high.

While Dollar Tree, who operates Family Dollar, is a strong and unique asset, analysts believe the company’s performance may be at near peak. Confidence in Family Dollar is slim, which struggles with a lack of visibility and is making slow progress on a turnaround.

The synergy tailwind at Family Dollar is over, capturing an estimated $190 million in synergies in the last three years. The run rate was expected to be $450 million by second quarter 2018.

There is concern that the banner could face increasing profit pressure. Operating profit improvement in the last few years at the core Dollar Tree brand has been largely the result of synergies from the Family Dollar acquisition. As a result, both banners are likely at peak performance on operating profit per square foot, unless Family Dollar sees top-line growth.

Barclays believes it is unlikely an activist investor will emerge or that there will be an outright sale of Family Dollar. This is because Federal Trade Commission risk with Dollar General is very high, estimated at 4,000 divested stores, or 48% of the Family Dollar store base. A sale to any other strategic buyer, for instance, a conventional supermarket, is unlikely given the nature of the retailer’s distribution networks. The probability of a private equity buyer at this valuation is low, as Family Dollar’s risk reward is too skewed to the downside.

Barclays expects same-store sales at Family Dollar will remain under pressure through 2018 as Dollar General and other large retailers like Walmart take share. In order to drive stronger same-store sales, Family Dollar will have to invest in price. Separately, continued wage pressure from Target and Walmart is expected. A management change at Family Dollar could potentially lead to improved performance, but this would mean another year of the banner being in limbo and Dollar General widening its lead.

The food retail industry offers very little growth, so if a retailer is growing same-store or total sales above the industry growth rate, such as Kroger and Walmart taking share from smaller retailers over time, Walmart’s sales can come at Kroger’s expense. Barclays believes the relationship between Dollar General and Family Dollar is similar, and they might compete even more head-to-head given their similar formats and geographic overlap; 45% of Family Dollar stores are within one mile of a Dollar General, and 78% of stores are within three miles of the competition.

Reversing long-term declines in store traffic is difficult. In the grocery space, examples include A&P, The Fresh Market, Spartan and Winn-Dixie. Barclays believes retail turnarounds where same-store sales and store traffic recover are likely only due to substantial investment and business repositioning. For Family Dollar, recovering lost customers who have defected to competitors would be difficult without significant margin investment.

In August 2018, Family Dollar food prices were 9.4% more costly than Dollar General, up from a 9.3% premium in August 2017 and a 7.6% premium in October 2016. Barclays sees this as a big concern, as customers are likely to notice a price gap of this magnitude. Since the large price gap occurs in the traffic-driving part of the business, the higher margin discretionary business will suffer as well. As the Family Dollar synergy run rate has now been realized, narrowing the price gap will put further pressure on merchandise and operating margins.

Barclays expects it would be years before Dollar Tree considers selling Family Dollar. The retailer’s store support centers were recently consolidated and the company is still early in its remodel program. As to an activist showing interest, they may wait for a better entry point, such as Dollar Tree pricing in negative value for Family Dollar. While Dollar General has effectively acquired and turned around other assets, such as Dollar Express, it’s possible it could acquire Family Dollar and then let it struggle and slowly capture share over time. Additionally, Family Dollar as a brand is not as strong as it was in August 2014 when Dollar General made its acquisition proposal.

Dollar Tree indicated up to 9% of its total products could be impacted by current and proposed Chinese tariffs, skewed toward the Dollar Tree banner, and the gross margin of these products is likely greater than average.