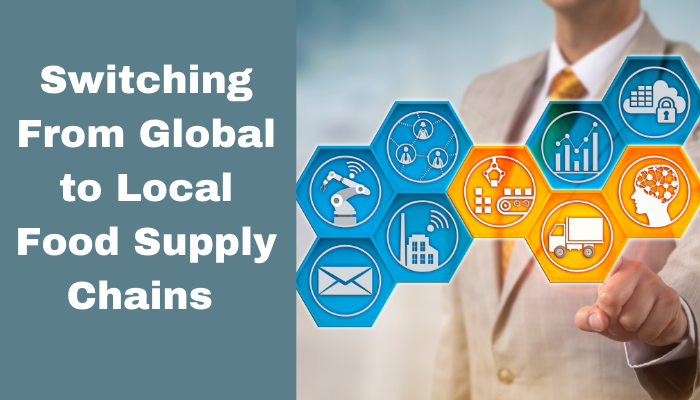 Sixty-five percent of those in the U.S., along with 82% in Canada, said they're more likely to purchase locally sourced or produced goods.

“Food producers have been through a lot over the past few months because of COVID-19 and they’re taking a closer look at export markets in the Americas," said Goldbeck Recruiting president Henry Goldbeck. "Through our network, we’re seeing food manufacturers pivot from globalized supply chains to what we’ve been calling around our office ‘post-pandemic continentalization.’"

Vegetables was the most important to buyers seeking local goods, followed by poultry and meat, fruit, and the least important were dairy, seafood, and grains. The data also found that only 23% of Canadian producers are concerned with reduced product variety and only 38% of Americans are concerned.

“The good news is farmers have said they’ve been selling out of (community supported agriculture) shares and especially local meat producers who sell direct have been selling boatloads of meat," she added.

The pandemic also provided opportunity for startups that are reimagining how and where food is grown, reported Geek Wire (June 20).

Revolution Agriculture will soon launch a direct-to-consumer grocery delivery business in Tacoma, WA, that sells produce grown in backyards and on other surplus land in the community. The company plans to partner with grocery delivery services including Instacart and Postmates to distribute its produce to customers.

Revolution Agriculture will rent space from landowners in the cities it serves and manage cultivation of the “farmlets.” Hosts receive a portable, greenhouse-like facility from Revolution that enables produce to be grown year-round. The smallest greenhouse takes up the space of a standard parking spot and the largest is 540-sq. ft.

Although consumers raced to stockpile goods early in the pandemic, creating impressions of scarcity in stores, the food supply has remained "surprisingly strong," argued Daniel Sumner, PhD, a professor of agricultural and resource economics at the University of California, Davis, as reported by reported WebMD (June 18). “It’s much more resilient and solid now than I would have thought two months ago."

Meat processing businesses around the globe appeared to be the weakest link throughout the food supply chain, acting as virus hot spots as workers contracted COVID-19. However, by mid-June, the meatpacking industry was back to operating at 97% capacity, Dr. Sumner noted.

Still, the pandemic has exposed one of the major weaknesses of many supply chains: the inability to react to sudden, large-scale disruptions, reported Harvard Business Review (June 23). Mapping the layers of suppliers, manufacturing plants, distributors, and other elements of the logistics network are key ways to make supply chains more resilient, as well as applying a stress test to evaluate the ability to recover from the disruption of these sites.