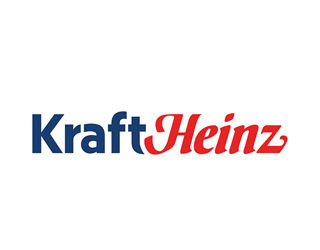 In February, a tremor was felt across the food world as news broke that the Kraft Heinz Co. was looking to acquire Unilever PLC. Although the deal was rejected and withdrawn, analysts now believe that a follow-up effort will be presented by Kraft Heinz to acquire the consumer packaged goods giant.

First, some back story. Reuters reported Feb. 17 that Kraft Heinz made a surprise $143 billion bid for Unilever. The combination would represent the third-biggest takeover in history, and would be the largest acquisition of a UK-based company ever. The proposed merger would unite some of the world's best-known brands and combine Kraft's strength in the U.S. with Unilever's hold in Europe and Asia.

However, Unilever PLC rejected the proposed merger deal. At the time, it was reported that Kraft would continue to work on reaching an agreement on the terms of a transaction, reported MarketWatch (Feb. 17). Shortly after, Kraft Heinz withdrew its offer to buy Unilever. Analysts noted that Kraft Heinz was still in the market for acquisition. The fact that the bid was not just for its food business but for all of Unilever indicated that Kraft Heinz was potentially open to acquiring other packaged consumer goods companies, reported The New York Times (Feb. 19).

Jumping to the present time, some analysts believe Kraft Heinz likely will revive its attempt to acquire Unilever after a six-month cooling-off period required under British law expires in mid-August, according to Susquehanna Financial Group. The bid could be financed in part by selling Unilever's cosmetics and ice cream businesses, and Kraft Heinz's coffee, frozen foods, Oscar Mayer and baby food businesses, according to Susquehanna, reported Milwaukee Journal Sentinel (July 10).

Pablo Zuanic, the analyst at Susquehanna that wrote the note, argued that there could be one major obstacle for the acquisition: Warren Buffet. Buffet and Brazilian investment firm 3G Capital collectively owned more than half of Kraft Heinz as of February, when the news first started appearing. Buffet is noted for his opposition to unwelcome takeover attempts, but Unilever may be a prize worth eschewing past actions, according to the note. For what it's worth, neither company issued a response to the report.

It remains to be seen whether or not Kraft Heinz will take over Unilever, and a few months will be required before any action can be completed. But as we saw with Amazon's acquisition of Whole Foods Market, merger and acquisition activity in the food sector can be massive, game-changing and unexpected. For more information on food industry mergers and acquisition, make sure to grab a copy of Food Business Mergers & Acquisitions 2016. And as always, stay tuned to The Food Institute Blog and Today in Food for the latest developments.