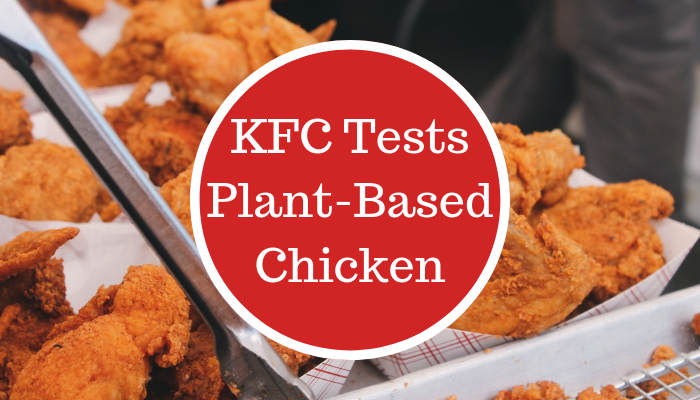 Beyond Fried Chicken is officially here, as fast food companies fight it out over who has the best sandwich.

KFC will be there first national U.S. quick service restaurant to introduce a plant-based chicken in partnership with Beyond Meat. Atlanta, GA will be the first to get a taste of the "fried chicken" as part of an exclusive, one restaurant test on Aug. 27.

Beyond pulled its vegan chicken, the first product from the company, from grocery store shelves earlier in 2019 after deciding it was not up to standards, reported CNBC (Aug. 26).

KFC has been considering vegan fried chicken for months. Back in May, it was revealed that KFC was meeting with major plant-based meat makers to discuss what a vegan version of fried chicken could look like.

"If you would have asked me six months ago, I would have said no, to be completely honest with you," the president of KFC's U.S. business Kevin Hochman said at the time. "Because we're about fried chicken."

"I've made several appointments with some of the big guys, just to figure out—what does alternative protein look like in chicken?" he added.

In the UK, the company launched the "Imposter Burger," the vegan version of the fried chicken chain's Original Recipe Fillet Burger will be made from a "bespoke" Quorn fillet, coated in the Colonel's Original Recipe herbs and spices, reported Insider (June 13).

In recent quarters, most of KFC's growth has come from its international business, amid tough competition at home. However, after a five-year turnaround, KFC is expecting a net annual gain in U.S. restaurants for the first time since 2014.

Customer feedback from the Atlanta test will be considered as KFC evaluates a broader test or potential national rollout. If it were eventually rolled out nationally, the Kentucky fried plant-based chicken could drive more U.S. customers to its stores to try.

Being the first U.S. chain to launch an item like this, KFC beat both Chick-fil-A and Popeye's who have been busy battling it out over which chain has the best chicken sandwich.

Popeyes publicly unveiled its new chicken sandwich with a series of tweets that turned into a passive-aggressive feud with Chick-fil-A's Twitter account, reported Bloomberg (Aug. 25). The Twitter fight gave people a reason to weigh in with their opinions, while using the hashtag #popeyessandwich.

Despite there being no national ad campaign or celebrity sponsorship, all the attention on social media led to "Sold Out" signs at Popeyes around the country.