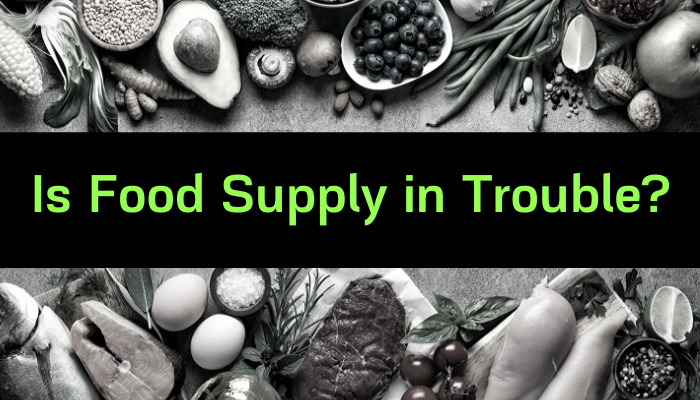 Coronavirus has caused disruptions in several sectors of the U.S. supply chain. Meat facilities were forced to close due to a growing number of virus cases, while low prices pushed farmers to destroy products, such as milk, and some countries applied trade restrictions.

Suppliers warned that the U.S. is getting "perilously close" to a meat shortage following the closure of Smithfield Foods' Sioux Falls, SD, pork processing facility, which accounts for 4% to 5% of U.S. production, reported Time (April 13). State officials relayed more than 200 cases of COVID-19 at the plant , adding to the growing list among hundreds of meat workers across the country. The plant will reopen when it receives further direction from local, state, and federal authorities.

Smithfield is also shuttering a plant that processes bacon and sausage in Cudahy, WI, for two weeks, as well as a facility in Martin City, MO, that processes spiral and smoked hams, reported Reuters (April 15).

"Without plants like Sioux Falls running, other further processing facilities like Martin City cannot function," Ken Sullivan, chief executive at Smithfield, said in a statement. A small number of employees at both facilities also tested positive for the virus.

In addition, over 50 people at a JBS SA facility in Colorado were positive for coronavirus, adding to more than 160 cases at a Cargill Inc. meat packaging plant in Pennsylvania, reported Bloomberg (April 10). The Cargill plant shuttered, while JBS will continue operations.

The move came after workers unsuccessfully asked the facility and two other meat processing companies in Alberta to close for two weeks amid concerns about their safety, said Tom Hesse, president of United Food and Commercial Workers Union Local 401. Thirty-eight workers at the Cargill plant tested positive for coronavirus, he said.

The union said the facility, which produces patties for McDonald's, is now slaughtering 1,500 head of cattle per day, down from around 4,500. In addition, Cargill idled a food plant in Big Lake, MN, which also supplied major restaurant chains such as McDonald's, reported Minneapolis/St. Paul Business Journal (April 14).

Other companies also had to slow down facilities set up to supply restaurants, such as Sanderson Farms—which said earlier this month it would run plants that process big birds for the foodservice industry "well below capacity," according to CEO Joe Sanderson.

As much as 7% of all milk produced in the U.S. over the week ending April 9 was dumped, according to the EVP of Dairy Farmers of America, reported The Wall Street Journal (April 9).

Farmers and dairy companies across the country are scaling back production and dumping milk as the virus prevents them from getting products to market. It is due in part to the inability to shift products meant for restaurants into the appropriate sizes, packages, and labels necessary for supermarket sales.

Restaurant closures and other disruptions left producers with at least 10% more milk than can be used, according to industry estimates. Few in the agricultural industry expect grocery store demand to offset the restaurant market's steep decline.

Meanwhile, some countries applied or are considering trade restrictions on food or agricultural products due to the spread of coronavirus, reported Reuters (April 3).

For example, Vietnam, the world's third-largest rice exporter, which temporarily suspended rice export contracts until March 28, has not yet lifted its ban. Cambodia will also ban some rice exports to ensure local food security during the coronavirus crisis, while Indian rice traders stopped signing new export contracts due to labor shortages and logistics disruptions that hampered the delivery of existing contracts.

The U.S. food supply is not currently in danger even as packing houses are closing and farmers are plowing under their crops, according to FDA Deputy Commissioner for Food Policy and Response Frank Yiannis. FDA and USDA are monitoring for nationwide and regional shortages, are reiterated the issue remains with distribution and not production.