Nov 2, 2016
Is the End of the Avocado Shortage In Sight?
By Chris Campbell 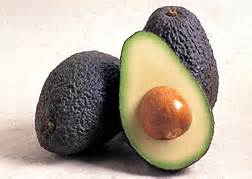 For the better part of the year, avocados have been hard to come by. Despite high volumes and great prices for consumers in 2015, 2016 hasn't been kind to the popular super-fruit. Weather and labor disputes decreased production significantly in 2016, and prices rose in response. But is the end to the avocado shortage in sight?

Regarding the labor shortage, picking resumed in Mexican avocado groves between Oct. 15 and Oct. 17, with between 900 and 1,000 crews at work. The crews were expected to harvest millions of pounds of the fruit, which was to be exported to the U.S. to help fill the empty avocado pipeline, according to Avocado Producers and Exporting Packers Association (APEAM), a trade organization representing Mexican avocado producers and exporters, reported The Produce News (Oct. 18).

Initial reports noted that Mexican avocado producers picked an estimated 40 million-lbs. the week of Oct. 16 as workers returned to groves, according to a trade organization representing Mexican avocado companies. However, many thought prices could take a little longer to normalize due to rumors of workers being unhappy with the current labor deal, according to importers, reported The Produce News (Oct. 21).

Mexican avocado exports to the U.S. surged to 51.6 million-lbs. the week ending Oct. 21, overshooting its previous projection of 40 million-lbs., according to the APEAM. However, buyers report little relief on popular larger sizes, as most of the volume consisted of small fruit, reported The Packer (Oct. 27).

It still remains to be seen how the current situation in Mexico will affect avocado prices in the U.S., but make sure to keep up-to-date with the Food Institute Blog, Food Institute Report and Today in Food for all the latest developments.