Jul 10, 2018
Independents are Evolving with the Grocery Industry
By Chris Campbell 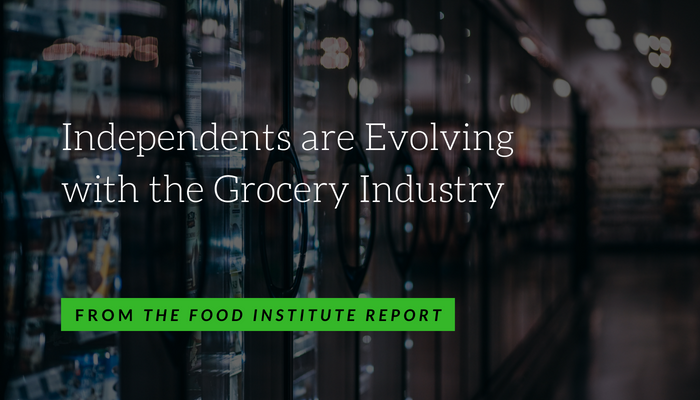 The supermarket industry is changing rapidly, and independent grocers are no exception. Independents are used to being challenged by big chains and discount warehouses, but now they must deal with a new wave of competition from e-commerce, home delivery and meal kits, as well.

But independents are faring well. Despite a growing number of competitive formats, independent grocers’ margins are on the upswing, albeit a small one. While same-store sales were down 0.6% in 2017, they improved over last year, in which the category saw a 1.6% decrease in same-store sales, according to the National Grocers Association (NGA) and FMS Solutions Holdings’ 2018 Independent Grocers Financial Survey.

The improvement was partially due to the easing of top-line pressures, which marked nearly all of 2016 and most of 2017, NGA said. With margins rebounded slightly, 71% of independent grocers are looking at their business’ future with more optimism.

The profit leaders averaged 3.1% in net profits, down from 4.7% in 2016, underscoring that the market conditions impacted all independents. Grocers in the top 25% of net profits saw greater sales contributions by fresh departments, including produce, meat and deli, at higher-than-average margins.

The top independent grocers tend to operate slightly larger stores that averaged a greater number of weekly transactions at a higher transaction size. They focused on managing inventories, averaging lower shrink and higher turns across departments, and showed a high probability to reinvest into their businesses while minimizing long-term debt.